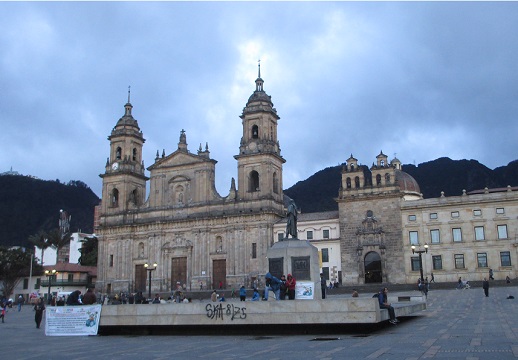 After four years of peace talks and more than 50 years of armed confrontation, a bilateral ceasefire was agreed between the Colombian government and representatives of the Revolutionary Armed Forces of Colombia (FARC), a guerrilla group founded in 1964 and which currently operates with 15,700 members.

The reaction of the Church is divided. On the one hand, the long-suffering Church is sceptical about the promises of peace and reconciliation by the government and the guerrillas. On the other, leaders and representatives of the urban Church have reacted more positively to the proposals.

Ovidio Gomez, a pastor of a church in the northeast of the country, said: “This does not mean that we do not desire peace, it is just that we do not trust what is being negotiated in Havana with these criminals.”

Between 1981 and 2012, Colombia had 11 failed negotiation processes. Broken promises have provoked widespread scepticism – mainly amongst the Church in areas where the FARC have ruled.

Added to this, in the process of negotiations, the FARC have continued to commit crimes under the name of the ELN, mainly in the south and northeast of the country, recruiting children in rural areas, as happened with the Guahibos tribe in Guaviare during the first half of 2015. In the same year, the pastors of rural areas reported that although the FARC authorised the Church to have candidates for regional elections, these should be vetted by the FARC. Also, in the northeast, pastors were threatened during this negotiation process.

In the north-western department of Choco, drug trafficking by the FARC increased, and many wonder whether the traffickers will truly want to demobilise. These and other incidents have not been reported by the media, due to fear of possible retaliation.

Fear is latent. Moreover, about 30 pastors from different regions of the country confirmed that they would not be willing to participate in the verification processes of the points agreed, fearing this will bring them problems.

A Christian leader displaced by the FARC, who did not wish to be named, said: “We want to contribute to the truth, but Colombia has many actors and interests. In rural areas we are vulnerable and any information we report to the government will be used against us. The guerrillas will have access to official information with the powers that will be given to them in the post-conflict. We were trained to forgive, not to denounce. Our role will be to welcome those who demobilise and to be peacemakers, as we have always been.”

But a female church leader, who also requested anonymity, said: “The end of the FARC is not the beginning of peace; it is only one actor in this war. The persecution against the Church has grown through criminal gangs, indigenous leaders and other guerrilla groups.”

There is more acceptance of the peace agreement in the cities, where there were people in the streets crying with excitement.

“This is the answer to the prayers of many churches, vigils and intercession that for many years we have done so that the war ends in Colombia,” said Rolando, a representative of Christ for the City Church in the capital, Bogota.

Also in Bogota, the “Casa sobre la Roca” (House on the Rock), a large and well-known church, designed a special “Forgiveness Course” to invite the Christian population to reconciliation through 8 modules based on Biblical teachings.

Although dissatisfied with the way the deal has been agreed, as there has been little consultation with the civilian population, the Church is preparing itself for a post-conflict environment. As part of this, the security forces’ Christian Association, comprised of retired military officers, has visited other countries that have had successful peace processes.

According to a study of a post-conflict scenario by the Externado University of Colombia in 2014, not all members of the FARC will surrender.

The leaders and representatives who are negotiating with the government will surrender, says the study, due to their desire to take power by political means. But the finance generators, who make money predominantly through drug trafficking and extortion, will not, because of the amount of money they would be set to forego.

The study concludes that the label of FARC will be dropped, but that the guerrillas will still attempt to raise funds through illegal means. It also suggests there will be some who do not know how to really reintegrate into society and prefer to continue committing crimes. These, the study predicts, will join existing criminal gangs, or depending on the regional power they already enjoy, create new guerrilla subgroups.

With the official demise of the FARC, there are three major challenges affecting the entire population, and particularly the Church:

1. Responding to the FARC’s Marcha Patriotica, a political and social movement which the guerrillas have used to threaten pastors and church members in rural areas to participate in marches and protests against the government.

2. Those who do not demobilize will be likely to form new guerrilla subgroups. Their core business will be drug trafficking and illegal mining. Before, they had the “FARC” name with which to negotiate; now, when they threaten pastors, the pastors won’t know who their enemy is.

3. Even though the rural Church is the most prepared to help to reintegrate former FARC members into society, it does not have the means to help 15,700 people. According to the Institute of Family Welfare, there are also a further 7,000 child recruits who will need help.

4. On 4 July, 2016, Colombia’s President officially signed a declaration enshrining religious freedom in the constitution. It has been 25 years since the new constitution theoretically protected fundamental rights, but only on 4 July was the decree signed. Now, this decree must be upheld.

Camilo Ruiz and Liz Poveda work for Open Doors Colombia, a charity which supports Christians under pressure for their faith.