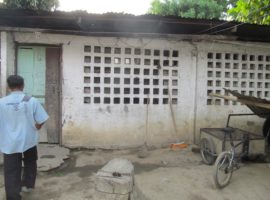 A Colombian pastor was killed as he left his church last week in the northwest of the country, in a region that has been plagued by violence from armed groups, local sources told World Watch Monitor. Pastor Leider Molina, 24, had just finished preaching in his church in Caucasia, Antioquia . . . Read More
November 2, 2018 Colombia Colombia, FARC, Medellin, Organised crime, Proselytism, Venezuela

Violence in Colombia has killed 200,000 people and caused around 7 million to flee their homes over the past 50 years, making them the world’s largest internally displaced group of people, World Magazine reported last week. Violence is especially severe in rural areas. At the border with Venezuela, the magazine . . . Read More
September 27, 2018 Colombia Churches, Colombia, FARC

A pastor was murdered outside his home in central northwest Colombia earlier this month after he refused to help members of a neo-paramilitary group with transport, reports advocacy group CSW. Hundreds of church leaders were assassinated in the 50 years of armed conflict between Colombia’s government and main rebel group, . . . Read More
March 7, 2018 Colombia Children, Colombia, FARC, Religious freedom, Women 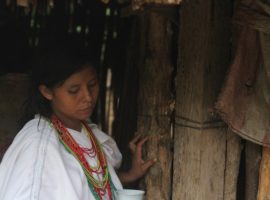 If Christian women in Colombia could decide on a hashtag, it could be ‘OfCourseMeToo’: many of them also experience sexual violence, facing extra vulnerability because of their religion as well as their gender. Soraya*,15, and her family belong to one of the four tribes that form the indigenous community of . . . Read More
September 8, 2017 Colombia Baptists, Cauca, Colombia, Converts, ELN, FARC, Pope Francis, Trauma 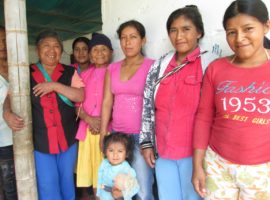 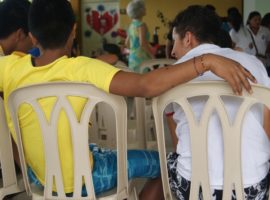 Ahead of the UN’s International Youth Day on 12 August, which this year has “Youth Building Peace” as its theme, World Watch Monitor takes a look at some of the challenges facing young Christians around the world and how they try to contribute to building peaceful societies. Many of the world’s . . . Read More
April 13, 2017 Colombia FARC, Russ Stendal

For more than 50 years, Colombia had been at war with itself. In October 2016, after four years of peace talks brokered by Cuba, the Colombian government and the rebels of the Revolutionary Armed Forces of Colombia, or FARC, brought a peace proposal to Colombia’s voters. Then, Colombia’s divided voters . . . Read More
January 24, 2017 Colombia Arauca, Communism, FARC, Juan Manuel Santos, Latin America, Missionaries, Russ Stendal

Russ Stendal.World Watch Monitor   An American missionary has received an award for his decades of work ministering to the Revolutionary Armed Forces of Colombia, or the FARC, whose 50-year fight against the government had been the world’s longest continuous war when it ended in a peace agreement last August. . . . Read More
October 3, 2016 Colombia Colombia, FARC
The saga rolls on. After four years of peace talks and more than half a century of armed conflict, the Colombian people have rejected the government’s negotiated truce with the country’s largest rebel group, the Revolutionary Armed Forces of Colombia (FARC). Since its inception in 1964, the FARC has – . . . Read More
August 25, 2016 Colombia ELN, FARC, Juan Manuel Santos, Latin America, Trauma 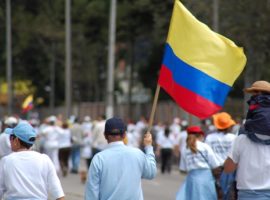 An anti-FARC march in 2008. The conflict has raged for over 50 years, claiming over 250,000 lives and creating the world’s largest population of internally displaced people – nearly 7 million.AlCortes / Flickr / CC   The deal is done. The war, at least on paper, is over. After more . . . Read More