Two thousand years of Christianity in Syria could be wiped out by the very forces Western governments are supporting, an Anglican vicar has claimed. Rev. Andrew Ashdown, who has made ten trips to Syria since 2014 and is studying for a PhD in relations between Christians and Muslims there, also . . . Read More
May 17, 2018 Syria Children, Churches, Damascus, Greek Orthodox, Homs, IDPs, Refugees, Syria, Women, Youth 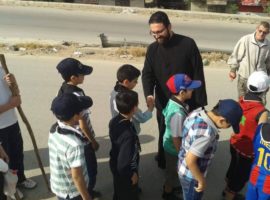 As the war in Syria enters its eighth year, clergy who have watched their congregations dwindle fear that those who have left the country may not return. One priest expressed his fear that “Christianity will be erased” from certain areas of the country “because the Christians who left these places . . . Read More
January 11, 2018 Syria Churches, Damascus, Syria, UN 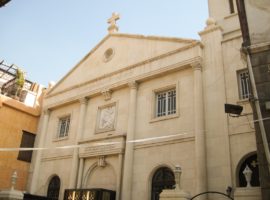 Ahead of the UN’s International Youth Day on 12 August, which this year has “Youth Building Peace” as its theme, World Watch Monitor takes a look at some of the challenges facing young Christians around the world and how they try to contribute to building peaceful societies. Many of the world’s . . . Read More
July 4, 2017 Syria Aleppo, Damascus, Homs, IDPs, Islamic State, Maaloula, Migrants, Refugees, Trauma, UN 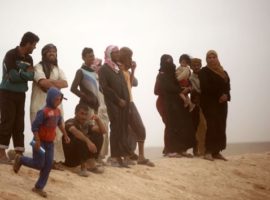 As Islamic State forces are pushed back and more areas declared “safe”, Syrians are starting to return to their homes. According to the UN’s Refugee Agency (the UNHCR), nearly half a million have gone back since January. Around 440,000 internally displaced people, and more than 31,000 refugees who had fled . . . Read More
January 30, 2017 Bishop Angaelos, Damascus, Donald Trump, Islamic extremism, Louis Raphael I Sako, Middle East, Migrants, Refugees, Syria, USA
US President Donald Trump’s fast-tracking of Christian refugees from the Middle East will be “a trap,” according to Chaldean Patriarch Louis Raphael I Sako, Primate of the Eastern Catholic Church. “Every reception policy that discriminates the persecuted and suffering on religious grounds ultimately harms the Christians of the East,” he . . . Read More
March 15, 2016 Syria Civil War, Damascus, IDPs, Refugees, Syria 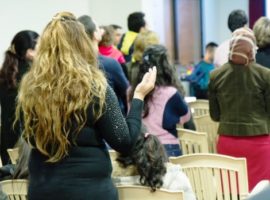 Of an estimated population of 17 million in Syria, 11 million have either left the country or been internally displaced by the civil war which ‘officially’ enters its 5th year today, 15th March. This was when protests began in Deraa, which quickly led to the spiral down into civil war. . . . Read More
January 5, 2016 Syria Damascus, Idlib, Iraq, Kidnapping, Refugees, Syria, Turkey
An Iraqi priest has been released, two weeks after he was abducted on his way back to his parish in Yacoubieh in Syria’s Idlib province, reports the . Franciscan friar Dhiya Azziz, 41, apparently disappeared from Lattakia, Syria, on 23 December after visiting his family (refugees in Turkey). Released on . . . Read More
February 26, 2015 Syria Damascus, Hasakah, Islamic State, Kurds, Syria, Turkey
The Syrian Catholic Archbishop of Hassaka-Nisibi has accused Turkey of preventing Christians from fleeing Syria to safety across the Turkish border, two days after Islamic State militants abducted at least 96 people. They lived in a cluster of villages in northeast Syria which had been under the control of Syrian . . . Read More