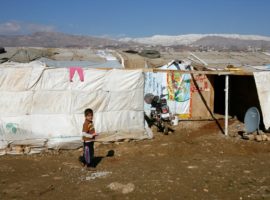 As many as 80% of Syria’s Christians have left their country since the start of the civil war in 2011, while 50% of Iraq’s Christians have been uprooted since 2006, according to a report produced by Christian charities Open Doors International, Served and Middle East Concern last year, which said the . . . Read More
June 19, 2018 Syria Afrin, Aleppo, Damascus, Free Syrian Army, Islamic State, Kobani, Kurds, Maaloula, PKK, Raqqa, Recep Tayyip Erdogan, Sharia, Syria, Turkey, Yazidis 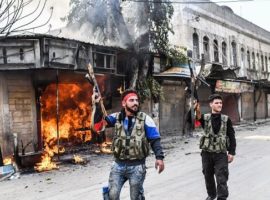 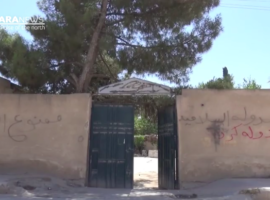 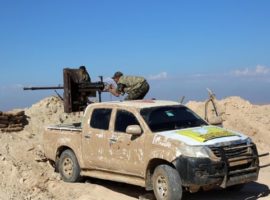 While the battle for Raqqa is raging on, Syriac Christians are among those on the frontline. They say they are fighting to liberate all Syrians but also “because Islamic State militants destroyed churches and forced Christians to convert to Islam”, reports Al-Monitor. Abboud Seryan and his colleague Aleksan Chmou are . . . Read More
February 9, 2017 Syria Aleppo, Islamic State, Qamishli, Raqqa 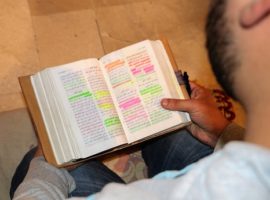 Meghrik was kidnapped and tortured by Islamic State before his release. Photo: December 2016.World Watch Monitor   Meghrik* was on a bus when it happened. He was travelling from Aleppo to Al-Qamishli in the north east of Syria, a seven-hour journey even before the war started. Now war means there . . . Read More
April 25, 2016 Syria Islamic State, Qaryatain, Raqqa, Syria
The Syriac Orthodox Church has published names of the 21 Christians it said were killed by the ‘Islamic State’ during its 8 month occupation of the Syrian town of al-Qaryatain. IS had captured the town (92 km southeast of Homs) in August 2015, before it was recaptured by the Syrian . . . Read More
February 18, 2016 Syria Islamic State, Raqqa 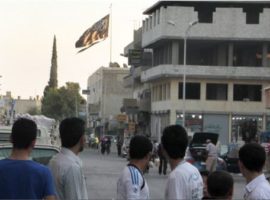 When John, a Syrian Christian, chose to stay in Raqqa after the Islamic State took control of the city in 2014, he had no idea how he would survive. Thousands abandoned the city, believing it better to save their lives than live at the centre of the Islamists’ new “caliphate”. . . . Read More
January 6, 2016 Afghanistan, Iraq, Islamic State, Kurds, Mosul, Ramadi, Raqqa, Syria, Turkey, USA
Islamic State’s self-proclaimed ‘caliphate’ – the area within Syria and Iraq that the group controls – shrunk by more than 12,000 square kilometres in 2015, says . The loss of 14 per cent of its territory reduces the caliphate to 78,000 square kilometres. Main losses are large swathes of Syria . . . Read More
August 21, 2015 Syria Assyrians, Bashar al-Assad, Homs, Iraq, Islamic State, Jacques Mourad, Paolo Dall’Oglio, Qaryatain, Raqqa, Syria
Photographs posted Thursday on Twitter accounts linked to the Islamic State destroyed in the past six months by jihadist fighters. The 5th century Mar Elian Monastery in Syria’s western Homs province was located on the outskirts of Qaryatain city, captured by IS militants two weeks ago from Assad regime control. An . . . Read More
December 22, 2014 Europe, Iraq, Islamic State, Mosul, Raqqa, Syria
German author and former politician, Juergen Todenhoefer spoke with CNN after travelling into territory occupied by ISIS including Syrian cities Raqqa and Iraq’s second largest city Mosul. “I think the Islamic State is a lot more dangerous than Western leaders realize,” he said to CNN . Their main point of . . . Read More