An Assyrian church in northwestern Iran has been closed down and the cross removed from its tower, reports advocacy organisation Article 18. A “large number” of agents from Iran’s Ministry of Intelligence and EIKO, an organisation presided over by the Supreme Leader, reportedly stormed the 100-year-old-church on 9 May, changed . . . Read More
November 12, 2018 Assyrians, Iraq, Middle East, Minorities, Pope Francis, Syria Pope Francis and the head of the Assyrian Church of the East, Mar Gewargis III, have called for an end to the violence against Christians in the Middle East, following their meeting in Rome on Friday, 9 November, reports Catholic news site Crux. The church leaders said both communities “shared . . . Read More
August 17, 2018 Syria Assyrians, Hasakah, Islamic State, Khabur, Kidnapping, Syria, Women 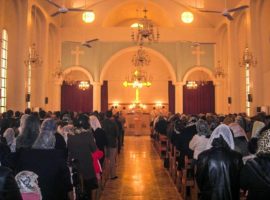 Four years since IS seized the town of Karamles in northern Iraq’s Nineveh Plains, the local Christian community are “returning, albeit slowly, to normal”, AsiaNews reports. Hundreds of Christians joined in a procession following a Mass at the weekend, holding candles and chanting psalms, to celebrate their return and the new life . . . Read More
July 18, 2018 Iran Assyrians, Converts, Iran, Ramil Bet-Tamraz, Victor Bet-Tamraz 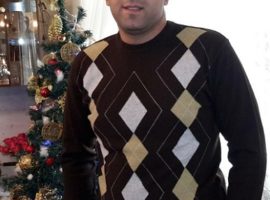 The son of an influential pastor silenced by the Iranian government has been handed a four-month jail sentence for his involvement with illegal house churches, World Watch Monitor has learnt. Ramil Bet Tamraz’s lawyers were informed of the sentence for “acting against national security” on 8 July. One of the . . . Read More
June 27, 2018 Iran Assyrians, Converts, Iran, Ramil Bet-Tamraz, Shamiram Isavi Khabizeh, Tehran, Victor Bet-Tamraz Samir Gedhya never wanted to leave his home in Qaraqosh for the unknown, even when the Islamic State group was almost at his doorstep, sweeping through the towns of Iraq. As the menace to Qaraqosh loomed, his eldest son Faraj, then 16, decided to flee to France, entering by a . . . Read More
April 3, 2018 Iraq Assyrians, Easter, Iraq, Islamic State, Qaraqosh 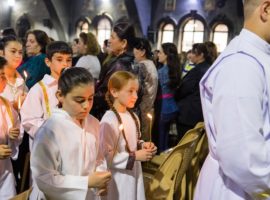 On Sunday, many of Iraq’s Christians celebrated their first Easter since returning to their homes. With the help of local churches and other organisations, people in the country’s largest Christian city, Qaraqosh (also known as Baghdida), have restored their homes and are now attempting to recover the lives they lost . . . Read More