Meghrik was kidnapped and tortured by Islamic State before his release. Photo: December 2016.World Watch Monitor   Meghrik* was on a bus when it happened. He was travelling from Aleppo to Al-Qamishli in the north east of Syria, a seven-hour journey even before the war started. Now war means there . . . Read More
September 23, 2016 Syria Aleppo, Churches, Hasakah, Islamic State, Kurds, Qamishli, Syria
Christians are being targeted as Kurdish militia assert their control in Syria’s north-eastern city of Hassaka, a senior local Christian leader has said. “Whenever the Kurdish militia enter in action to reaffirm its military hegemony over the city, the epicentre of their raids and acts of force is always the . . . Read More
July 22, 2016 Syria Assyrians, Churches, Islamic State, Qamishli, Syria
An Assyrian Orthodox church was attacked Monday in the northeastern Syrian city of Qamishli, resulting in extensive damage to its interior, local sources said. “Anonymous gunmen stormed the St. Charnel Church for Assyrian Orthodox in the Watwatiyah district of Qamishli in the midnight on Monday, and destroyed its contents,” a . . . Read More
June 23, 2016 Syria Armenians, Assyrians, Genocide, Kurds, Qamishli, Syria 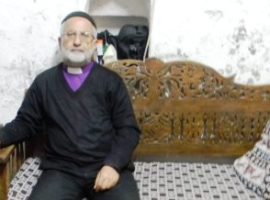 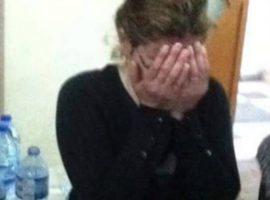 Militants of the self-proclaimed Islamic State launched a fierce offensive before dawn Feb. 23, targeting 35 Assyrian Christian villages in the northeast corner of Syria. The surprise attacks along a 40-kilometer stretch of the Khabour River in Hassaka province forced some 3,000 Christians to flee their homes.  A teenage . . . Read More