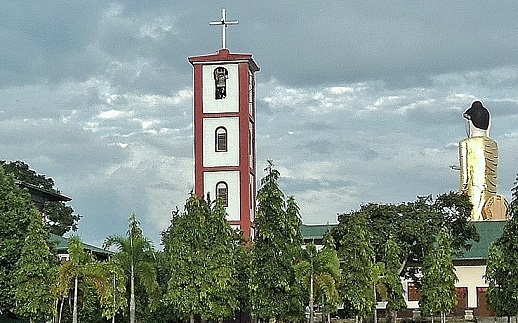 Tower of a Catholic church next to a
Buddhist statue, Myanmar Nov. 2015World Watch Monitor

Myanmar’s Christian population has increased dramatically, according to the latest figures in a supplement to the 2014 Population and Housing Census, conducted by the UN Population Fund (UNFPA).

Christians now make up 6.2 per cent of the population – more than three million people – compared to 4.9 per cent the last time a full census was conducted in 1983. The religious data is the latest in a staggered release of volumes published over the last two years.

Some commentators say it was delayed to avoid a backlash from nationalists anticipating a sharp rise in non-Buddhist religions, which they feel threaten Myanmar’s Buddhist identity. The UNFPA, however, said in 2015 that it would release information on ethnicity and religion in 2016 because it required “more time for analysis and consultation”.

Other religions show fall in numbers

Christianity remains the second most popular religion. Buddhism had a fall of one per cent since the 1983 census, but with almost 88 per cent of the population identifying as Buddhists, it remains the dominant religion. Hinduism showed small gains, while animism and Islam showed a decline, although the census didn’t count the estimated one million Rohingya Muslims, considered as non-citizens. If they had been included, it would have brought the Muslim population to four per cent, instead of  two per cent.

The latest report showed that half of Myanmar’s three million Christians live in the states of Shan, Kachin and Chin. More than 85 per cent say they are Christian in Chin, which is the only state that doesn’t have a Buddhist majority. Christians in Kachin account for 34 per cent of the population. However, Daw Khun Jar, coordinator of the Kachin Peace Network, feels the Buddhist majority in Kachin is a fabrication. “The government should release the real findings,” she said. 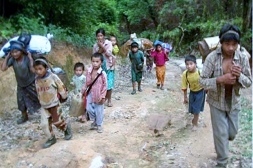 Armed conflict in Kachin and Kayin (Karen) states prevented the full collection of data, but the UN estimates that the religious makeup of those states will not significantly alter the proportion of Christians in the country.

The relationship between both the Kachin and Karen ethnic groups – the two mainly identify as Christian – and the government is tense, and exacerbated by slow progress in identifying and prosecuting perpetrators of the many documented cases of sexual assault in the states by Myanmar troops.

In Karen, Christians have also recently been threatened by a spate of Buddhist nationalists illegally building pagodas on church grounds.

Thomas Muller, analyst for World Watch Research of Open Doors International, which supports Christian minorities globally, said: “As the Buddhist nationalist group Ma Ba Tha keeps warning against an influx of Muslims threatening Buddhist-majority Myanmar, there were fears that, if the census showed a growth in percentage of the Muslim population, it could fuel the tensions Ma Ba Tha is stoking. But Muslims only experienced a slow growth, even including the self-identified Rohingya, who were not counted in the census.

“But it may turn out as short-sighted to ignore such fears now. Ma Ba Tha is not just anti-Muslim, it is Buddhist nationalist, so Christians could come increasingly into its focus. Especially when, as the Myanmar Times report says, the number of Christians in contested Kachin State are heavily under-reported. In any case, the numbers show how religiously diverse Myanmar is and that the government faces challenges with that.”