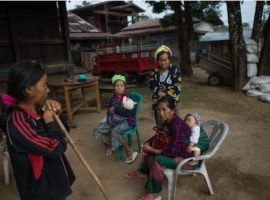 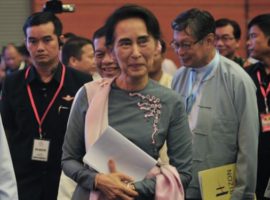 A third round of peace talks are taking place in Myanmar this week between armed ethnic groups and government forces, but the military has ruled out discussions on the autonomy that ethnic groups crave. The six-day meeting, which has been dubbed the 21st century ‘Panglong Conference’ after the historic 1947 . . . Read More
July 6, 2018 Myanmar Baptists, Buddhist nationalism, Cardinal Bo, Churches, Kachin, Ma Ba Tha, Myanmar, Rakhine, Refugees, Rohingya 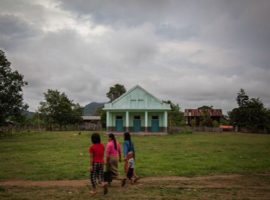 Myanmar’s military has destroyed about 60 churches in the past 18 months and turned a third of them into Buddhist pagodas in northern Kachin state, according to an American pastor who visited the region recently. “In the last 18 months, they have bombed 60 churches. Of the 60 churches they . . . Read More
November 27, 2017 Myanmar Bangladesh, Baptists, Cardinal Bo, Catholics, Kachin, Ma Ba Tha, Myanmar, Nay Pyi Taw, Pope Francis, Southeast Asia, Yangon 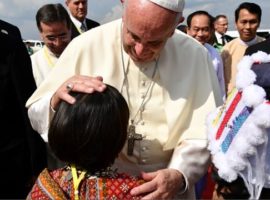 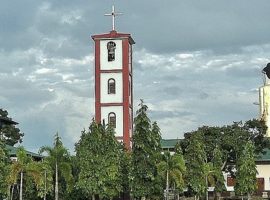 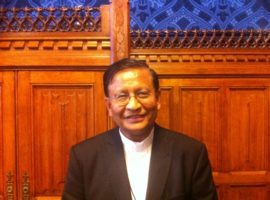 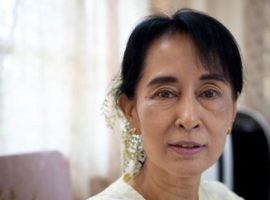 In Myanmar, Aung San Suu Kyi’s party, the National League for Democracy , has won a landslide victory in the first freely-contested election in 25 years, winning the needed two-thirds of the vote to enable it to nominate the country’s new President. Even though she herself  is barred from that role, Suu Kyi has . . . Read More
September 23, 2015 Myanmar Buddhist nationalism, Chin, Karen, Ma Ba Tha, Marriage, Minorities, Myanmar
Myanmar’s President has signed a law requiring interfaith couples to seek permission before they can marry. “Under the law, interfaith couples have to notify the local government and post a public announcement of their intention to marry,” reports Al Jazeera. “They will be allowed to wed if there are no . . . Read More