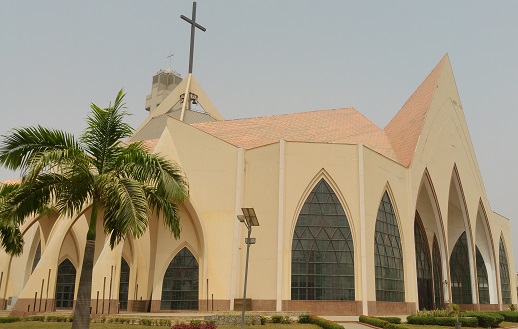 A court in Nigeria’s northern city of Kano has freed five people detained in relation with the killing of a pastor’s wife who had been accused of blasphemy.

The freed suspects, Dauda Ahmed, Abdulmumeen Mustafa, Zubairu Abubakar, Abdullahi Abubakar and Musa Abdullahi were discharged on 3 Nov. at the directive of the Kano State Attorney-General and Commissioner for Justice, who told the court that they have no case against the suspects.

“We received the case diary from the police on June 8 and having gone through the case diary, the attorney-general of the state evaluated the facts in accordance with sections 130 and 150 of the criminal procedure code.”

“The legal advice presented to the court, dated June 24, states that there is no case to answer as the suspects are all innocent, and orders the court to discharge all the suspects.”

Christians in Kano, the largest city in mainly-Muslim northern Nigeria, were bracing for widespread violence following the 2 June killing of a Christian woman, but the weekend and Sunday services passed without further violence.

Bridget Patience Agbahime, 74, originally from the southern state of Imo, was ambushed by an angry mob for allegedly blaspheming against Islam’s prophet.

The victim was with her husband, Mike, the pastor of Deeper Life Bible Church in Kano, when the incident happened, but prompt police intervention helped to save his life, local sources said.

A police spokesman provided further details about the incident, which took place at the Kofar Wambai market in Kano.

“At about 4:30 p.m., there was a disagreement between the late woman and some traders about religion. The woman was said to have blasphemed Prophet Muhammad, which did not go down well with the traders. At that point, an irate mob descended on the woman and lynched her,” the Public Relations Officer of the Kano Police Command, Musa Magaji, told media.

The accusation of blasphemy has been contested by various sources.

“All this woman did was ask a young man, who decided to do his ablutions [ritual Islamic cleansing] in front of Bridget’s shop, to move away. He began to scream that she had blasphemed against the prophet. This is all the crowd needed to hear to carry out this act,” sources who requested anonymity told World Watch Monitor.

They described Agbahime as a quiet, decent woman, who traded in plastic wares.

“I knew her as a woman that respects people and I doubt if she could have made any statement capable of blasphemy,” a fellow trader at the market told the Sahara Reporters news website.

The Christian Association of Nigeria also dismissed the allegations.

“Information reaching us has shown that one of her killers had been looking to make trouble very often and on that day he went to her shop and started doing his ablutions right at the entrance of her shop and she complained and the argument ensued,” said Rev. Joseph Hayab, CAN spokesman, in a statement, as This Day reports.

“The man suddenly started shouting Allahu Akbar [Allah is the greatest] and a mob surrounded her shop and descended on the woman. Frantic efforts were made to save her life by people who tried to rescue her, but the mob overwhelmed them and we wonder where the police were when this thing was happening,” Hayab added.

The killing has provoked widespread outrage on social media. CAN condemned the “dastardly action” and called for the perpetrators to be brought to justice.

“We cannot say that we are Nigerians and that some people will wake up and kill fellow Nigerians – at will – in the name of religion, and that they are not brought to justice,” said the Christian group. “Our religious leaders must come out and preach the true tenets of religion, because this arrogance is getting too much.”

Nigeria President Muhammadu Buhari described the killing as “sad and regrettable” in a statement issued 4 June by his Special Adviser on Media and Publicity, Femi Adesina.

Buhari’s statement also “charged those who might want to use the development to fan the embers of religious or ethnic hatred to remember that two wrongs never make a right. When law and order breaks down, those who become victims are never distinguished on the basis of religion or ethnicity.”

The Speaker of the House of Representatives, Yakubu Dogara, who is a Christian, condemned the “grievous act of lawlessness and impunity.”

“We live in a society governed by clearly stated rules and laws. When such crimes of high magnitude, or any at all, are allowed to go unpunished for any reason, we risk descending into a state of lawlessness and anarchy, where anyone can assume the role of judge, jury and executioner,” he said in a statement issued by his spokesperson, Turaki Hassan.

“The rule of law must prevail,” Dogara’s statement said. “I urge all security agencies to ensure that they carry out a thorough investigation into the events that led to her untimely death and ensure that the perpetrators of this crime are made to face the full wrath of the law.”

Bridget Agbahime’s murder was the second extrajudicial killing after an accusation of blasphemy to take place in Nigeria within a week. On 30 May a 24-year-old man, Methodus Chimaije Emmanuel, was attacked and killed by a mob in Niger state, after allegedly posting a blasphemous statement about Muhammad on social media. Three other people, including a police officer, lost their lives as a result of violence that followed the killing. A church and a house were burnt down; 25 shops were looted.

“These ugly incidences utterly stand condemned and are regarded as criminal and un-Islamic, perpetrated by miscreants and criminals,” the group said. “It is hardly believable that such dastardly acts could happen in the name of religion, considering the various enlightenment programmes on interfaith and mutual co-existence being put in place by the Muslim scholars and the leadership.”

JNI called on state governments “to the occasion in protecting the lives of the citizenry, for it is a primary constitutional responsibility upon which their legitimacy is derived.”

Video images have been swirling on social media purporting to show displaying the slain woman’s severed head, but World Watch Monitor has not independently authenticated those images. Mike Agbahime made a statement to news media that his wife had been killed by beating, not beheading.

So far, two suspects have been arrested in Kano, while in Pandogari in Niger state, where Methodus Chimaije Emmanuel was killed, a night curfew has been imposed and some arrests have also been made, the army said.

In recent years violence has erupted in Kano, which is shared by Muslim residents and a Christian minority. In July 2013, at least 12 people were killed in multiple explosions, attributed to the militant Islamist insurgency Boko Haram, in Sabon Gari, a Christian enclave within Kano.

Three months earlier, suicide blasts at a bus station in the same district claimed at least 25 lives and injured 60. The bus station is primarily used by passengers heading for the mostly Christian south of the country.

Sabon Gari had come to be seen as a sanctuary for Christians, moderate Muslims and foreigners who felt oppressed by Sharia, the Islamic legal code that was adopted by 12 northern states of Nigeria in 2000.

Unlike other areas of Kano, the Sabon Gari district has a large number of churches, along with shops, restaurants, hotels — as well as bars and brothels. The latter has made the area particularly irksome to the Hisbah, or Islamic police, whose activism in enforcing Islamic principles has made headlines. In November 2013, the Hisbah smashed nearly a quarter of a million beer bottles in a public ceremony, as part of a crackdown against “immoral” behaviour. In the April of the same year, it staged a mass wedding of 1,000 couples to reduce the state’s “marital problem”.

Now that the Islamic holy month of Ramadan has begun, many Christians are fearful of other acts of intimidation and activism from the Hisbah and radical Muslims in Kano. Ramadan often is used by Islamist groups for campaigns of terror, through increased suicide bombings and deadly raids.