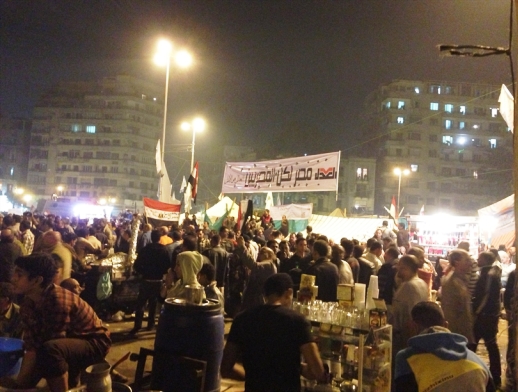 Demonstrators on the streets of Cairo, Egypt in the aftermath of the Arab Spring, November 2012. World Watch Monitor

The Arab Spring, which began 17 December, 2010, started with a wave of protests in Tunisia, followed by other Arab countries. It was positively acclaimed as a social movement demanding an end to human rights violations, government corruption and poverty.

Yet, so far, the outcome is largely contrary to what the original protesters intended, and since Christians are a minority in all Arab countries, they have been especially affected, mostly for the worse.

Below is a video first published in Dec. 2015, which explains the legacy of the Arab Spring for Christians in the Middle East:

In Egypt the revolution resulted in immediate new freedoms that Christians had not experienced before. However after all the upheavals of the last few years, there was no assurance it would last.

Egyptian Christian Diana Melek told World Watch Monitor: “The revolution came to the Church, shaking it. The revolution shook all of us. They were sleeping and they were shaken awake and they got up, and then they went back to sleep again. First I called it a miracle, it was full of flowers, so it was spring, it seemed a godly spring.”

Christians across the Middle East thought that new governments would provide them with improved human rights, and the right to be free to believe in Jesus. But as elections were held, new hard line Islamist political parties, like the Muslim Brotherhood in Egypt, succeeded in getting into power.

Under the old authoritarian rule, the position of minority Christians’ rights was, to a certain extent, safeguarded. The ousting of dictators like Muammar Gaddafi in Libya and Hosni Mubarak in Egypt left a power vacuum that benefited Islamist fundamentalists, and also criminal gangs.

The anti-Christian sentiments of these groups means that violence against both historical Christian minorities and new believers from Muslim backgrounds has increased.

The Arab Spring also led to the emergence of Islamic State, which has dominated international news with its ethnic cleansing of Christians and other faith groups in Syria and Iraq.

Because of the on-going chaotic and threatening situation across the region, many of the last of the Christian communities continue to leave their native countries en masse, which is a massive blow in the birthplace of the faith. Between the start of Syrian civil war in 2011 and the end of 2015, 700,000 Christians fled the country.

Syrian Christian Wael Haddad told World Watch Monitor: “We had to pray for Syria, maybe from 40 or 50 years ago. Every time we asked, ‘Please, Lord, bring a revolution, a spiritual revolution. [God] shake, shake the nest!’… But maybe we didn’t think about how the Lord will allow this to happen to his Church.”