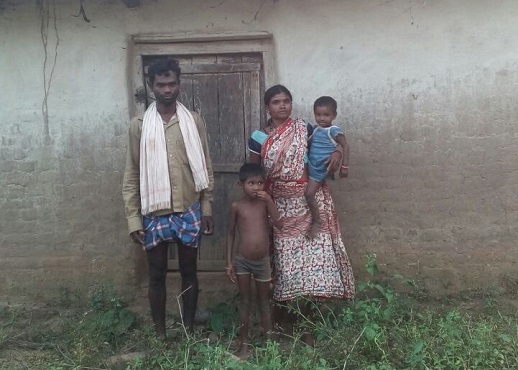 An Indian grandmother was stripped naked, beaten to death and her body burned, apparently because her Christian faith was “disturbing the peace” in her village.

The incident, in the central Indian state of Chhattisgarh in mid-October, followed other serious attacks on vulnerable Christians in the state this year, including the rape and murder of a 14-year-old girl.

In a recent visit to the remote village of Dokawaya, World Watch Monitor sources heard how Samari Kasabi, 55, was dragged out of her home by hostile fellow villagers, after they realised she was all alone. Her son and his family lived next door but had gone to a church 12 kilometres away and stayed overnight. Other relatives in the village – who witnessed what had happened but were not able to stop it – told Sukura, 35, what happened after he got back.

During the evening of 16 Oct., some villagers called at Samari’s home, eyewitnesses said, and asked for her son. When she told them he was out, they dragged her outside, pulled off all her clothes and beat her to death. They then burnt her body a few hundred metres from her house.

When Sukura returned home the next day, he couldn’t find his mother. While searching near her house, he found bloodstains and a bag with the clothes she’d worn the previous day.

He asked the neighbours what had happened, but said that they seemed to be hiding something. Eventually they told him the horrific news.

Sukura immediately reported the incident to police. They arrested the village chief, who confirmed the details of the murder. The chief was detained for two days while the police made more enquiries, which led to the arrest of about four people from the village. The chief was then set free, while the other four have not yet been charged.

Six months earlier, some of the villagers had complained about Sukura’s family to local Naxalites – militant communists operating in India, who are known to have murdered many Christians in the past.  The villagers told the Naxalites that Sukura’s family was “disturbing the peace” of the village and must be killed. The Naxalites then abducted and detained Sukura and his family for three days, before letting them go. 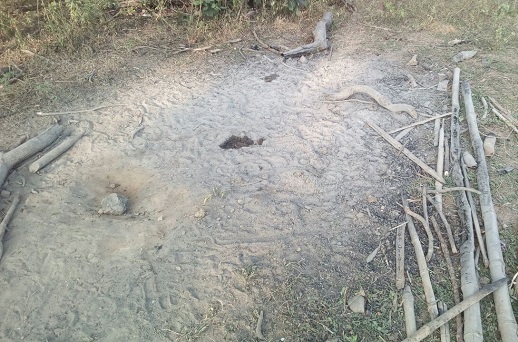 Samari Kasabi, 55, was dragged outside, stripped naked and beaten to death. Her body was then burnt.Courtesy Open Doors International

“The Naxalites told the villagers that we were innocent, were praying for the welfare of the community and not disturbing the peace,” said Sukura.

However, the villagers continued to threaten the family.

The village has no phone network and lies 45 kilometres from the nearest main road, so other Christians rarely visit Dokawaya because of the dangers, leaving their small community isolated.

When Christian charity workers visited Sukura after his mother’s death, he told them that, “since the day I came to faith, no Christian leader from any place has visited us. This is the first time someone has come and prayed for us”.

Hostile villagers had, apparently, hoped that local Naxalites would get rid of the Christian family. In August, 100 Naxalites abducted and killed a pastor in Telangana, a central eastern state neighbouring Chhattisgarh. They were also behind some of the 18 attacks on Christians in the summer of 2015. However, it appears this plan failed when the local Naxalites released the family, apparently leaving the hostile villagers to take the opportunity to kill Samari themselves, as soon as her family left her alone and isolated.

The Indian government’s recent move to remove bank notes from circulation, which has hit global headlines, was partly intended to undermine the threat from Naxalites and other terrorist groups; the government hopes they will now find it difficult to launder their reserves of invalidated paper money.

However, Christians in Chhattisgarh are caught between a rock and a hard place: while the Naxalites -who claim to be fighting for rural development for the masses – can target the minority at times, the state also boasts one of the highest Hindu-population ratios. This means the ruling Hindu nationalist BJP is very strong in the state (it has an anti-conversion law in place), so local police and government officials can turn a blind eye to crimes not only committed by Naxalites, but also those by ‘ordinary’ locals, such as in the murder of Samari Kasabi.