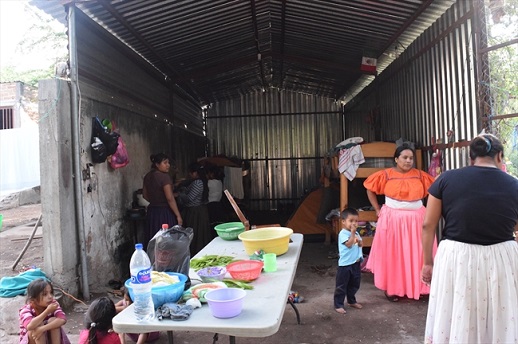 Following their
eviction on 26 January 2016, the seven families have been surviving in various temporary shelters provided for them by the state government.World Watch Monitor

A year after seven Christian families were forced from their homes in a village in the western Mexican state of Jalisco, the 30 Christians are currently being housed in a wine cellar.

Following their eviction on 26 January 2016, based on the results of a popular vote in which almost 2,000 residents elected to evict them for religious reasons, they have been surviving in various temporary shelters provided for them by the state government. The wine cellar is the latest one, but offers extremely limited space for 30 people to cook, eat and sleep.

Rosa Blanca Vázquez de la Rosa has vivid memories of the night she and her two children (a nine-year-old girl and a three-year-old boy) were taken out of their house and expelled from Tuxpan de Bolaños.

“They put us in the vans and abandoned us right there outside the village, at Las Banderitas crossing, with nothing at all but the clothes we had on when they came,” she says.

Her husband, Victor de la Cruz González, wasn’t at home when the indigenous chiefs came to his house and took his family away.

“He was out working,” de la Rosa recalls. “He works at the school as a primary teacher. He’s still there, he comes to see us when he has money… I just want us to be together again.

She has gone back to her village once, but had to leave almost immediately.

“They threw stones at the house where we were sleeping. They left holes in the door and the roof,” she says.

“The big question is whether this vote was legal. The federal constitution guarantees freedom of religion and human rights – you can’t just force someone out of his home, for whatever reason, including religious reasons.”

So far, the municipal and state authorities have failed to address the issue that led to the expulsion of these families from their communities in the first place. They had faced the threat of eviction for several years. In 2008, the Baptist Convention of Guadalajara, the state capital, with help from the US Baptist Convention, fought successfully for the families’ legal right to remain in the village. But the village council later ruled that they must leave.

Several meetings have been organised in Guadalajara, but local authorities have never attended. They claimed that 1,963 members of the community voted for the Christians’ displacement.

“It was because they are Christians, which the indigenous chiefs deemed incompatible with their culture and religious traditions,” he said.

“The big question is whether [this vote was] legal. The indigenous chiefs claim it was, since they have the authority, as protected by the federal constitution, to govern based on their indigenous uses and customs. At the same time, the federal constitution also guarantees freedom of religion and human rights – you can’t just force someone out of his home, for whatever reason, including religious reasons. This is what is at stake here: a conflict between contradictory rights that need to be balanced.

“The state government does not know what to do because if it rules that the group must return to their homes, they violate indigenous autonomy, but if they don’t, they violate human rights and religious freedom. For this reason their strategy is just to wait, trying to gain time, and probably hoping the group may lose hope and just move on to somewhere else.”

Some of the families are fearful of returning home anyway and wish to be relocated.

Open Doors has suggested the town of Colotlán – around two hours from Bolaños – as an option, but the families may lose their economic subsidies were they to move there.

“Because the group lives in a shelter provided for by the state government, they receive economic subsidies,” Petri explained. “The subsidy, which is really a very small amount, is a compensation for the loss of income caused by their displacement.

“If the group would decide to move to somewhere else without the consent of the state government, they would lose their subsidies because that would mean they renounce the state’s support. Formally, the provided shelter and subsidies are temporary, while the state tries to work out a solution.” 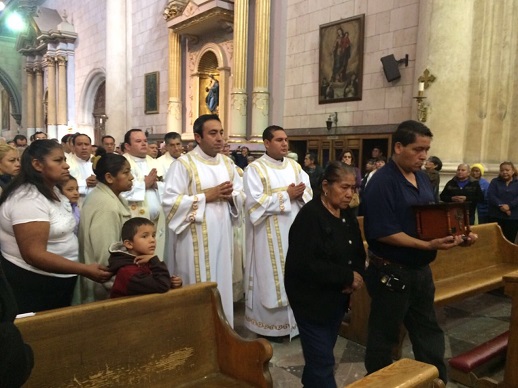 Meanwhile, a Mexican priest has been found dead in the central state of Coahuila. Father Joaquín Hernández Sifuentes, 42, had been missing since 3 January. On 12 January, the Diocese of Saltillo released a statement announcing that his body had been found.

“We confirm with profound sadness that our brother Joaquín Hernández Sifuentes, a diocesan priest for whom we tirelessly searched, with the great hope of finding him alive, has gone on to the house of the eternal Father. This afternoon the authorities reported he was found dead,” read a statement.

“In Joaquín, they have also taken from us a brother and a son. Rest in peace, Father Joaquín Hernández Sifuentes.”

Catholic news agency Fides reported that two suspects have been arrested in connection with the murder.

“Drug trafficking has led to increased murder and kidnapping in Mexico, with priests not unaffected,” reports the Catholic News Agency, which says 16 priests have been murdered in the past four years.

Violence related to organised crime is “perhaps the most significant threat to Latin America’s Christians“, according to Open Doors’ Petri. This is seen most clearly in Mexico and Colombia, which both feature in Open Doors’ 2017 World Watch List of the 50 countries in which it is most difficult to live as a Christian. Mexico is no. 41, Colombia no. 50.