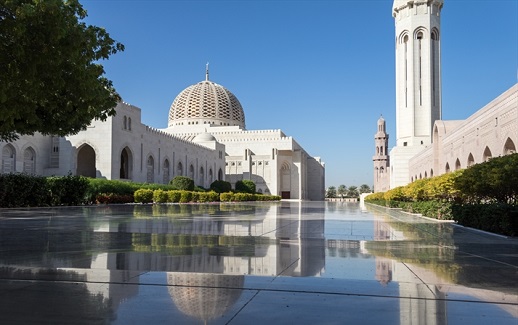 There are currently hundreds of thousands of Christians living and worshipping in the Arabian Peninsula.

Millions of labourers from predominantly poor Asian and African countries – many of them Christians – work long-term in the region. Most of the migrants worship together privately, tending to avoid the handful of foreign churches allowed by some of the national governments. And as long as they aren’t involved in public displays of evangelism, they are usually left undisturbed.

That said, every country has its restrictions.

Saudi Arabia and Yemen are the most restrictive in the region; officially no churches are allowed.

Qatar allows some foreign churches, but severely restricts the importation of Bibles.

In Kuwait, Bahrain, Oman and the United Arab Emirates, Christians enjoy more freedom but have to adhere to government restrictions.

The number of Christians from a Muslim background is growing, despite fierce persecution and pressure from both government and their community.

Each of the seven countries in the Arabian Peninsula is on the Open Doors 2017 World Watch List of the 50 countries in which it is most difficult to be a Christian.

The power vacuum created by the civil war has allowed radical Islamist groups such as Islamic State and Al-Qaeda in the Arabian Peninsula to gain significant influence. Christians have been killed and abducted, including 16 people killed in an attack on a Christian-run care home for the elderly. Yemen is a tribal society and leaving Islam is seen as a betrayal of the tribe, punishable by death. However, it is reported that many Muslims are embracing Christianity. 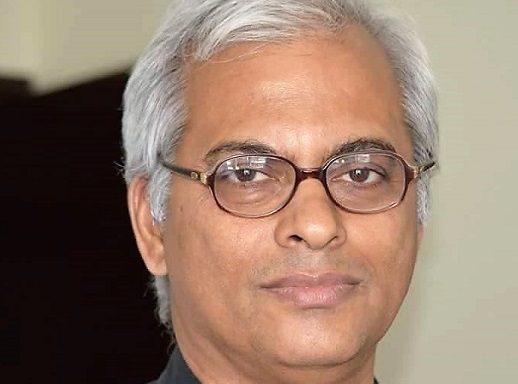 Fr. Tom
Uzhunnalil was abducted from a home for the elderly in the Yemeni city of Aden in March 2016. Meanwhile, 16 others, including four nuns, were murdered.Archdiocese of Bombay

All Saudis are considered Muslims, and the legal system is based on Sharia, or Islamic law. There are no church buildings in the country; Christian services are held in secret places. Christians from Muslim backgrounds usually keep their faith hidden; in 2016, several who were discovered were forced to leave the country. Leaving Islam is technically punishable by death in Saudi Arabia, yet the number of Saudi Muslims becoming Christian is increasing.

Under Qatar’s strict Wahhabi Islam, converting from Islam to any other religion carries the death penalty. Seen as apostates, Christians from a Muslim background are at serious risk if they openly practise their faith. Outward symbols of Christianity are banned, as is evangelism. Around 80% of the population are migrant workers, predominantly from poorer countries. Though expatriate or migrant Christians are granted some freedom to worship, if caught evangelising Muslims they can be arrested and deported. 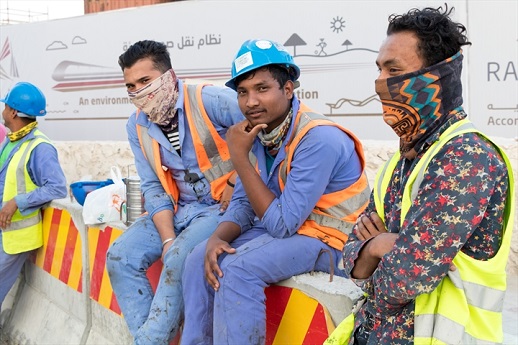 Hundreds of thousands of migrant workers are helping to construct a dozen state-of-the-art football stadiums in preparation for the 2022 FIFA World Cup in Qatar.World Watch Monitor

The atmosphere in Kuwait is becoming increasingly hostile – though not yet violent – towards non-Muslims. Islamic law prescribes a wide range of rules for personal, family and community life. Christians from Muslim backgrounds are seen as second-class, “foreigners” and infidels, and are prevented from participating in community activities. Expatriate or migrant Christians often struggle to get licences and registration for using places of worship.

Christians in the UAE are either expatriates, migrants or converts to Christianity from a Muslim background. It’s the last of those groups that feels the most pressure, from family, community leaders and government officials. The country is stable and wealthy, yet religious and political freedom is severely restricted. All citizens are defined as Muslims. The law does not recognise conversion from Islam to Christianity, for which the legal punishment is death.

This tiny, mainly Shia country is relatively tolerant and the constitution provides for religious freedom. A large number of expatriate Christians work and live in Bahrain and are relatively free to practise their faith in private, but evangelising Muslims is illegal. Christians from a Muslim background face pressure from family members, community leaders and government officials. Bahrain is very influenced by the politics of neighbouring Saudi Arabia.

Most Omanis practise a form of Islam called Ibadism. The constitution provides for religious freedom and apostasy is not a criminal offence – but neither is it respected by the legal system, which assumes all citizens are Muslims. Society shuns those who leave Islam, and Christians who convert from a Muslim background risk legal discrimination, as well as losing family, house and job. Foreign Christians are allowed to worship in private, but their facilities are restricted and Christian meetings are monitored for political messages and for any Omani nationals attending.