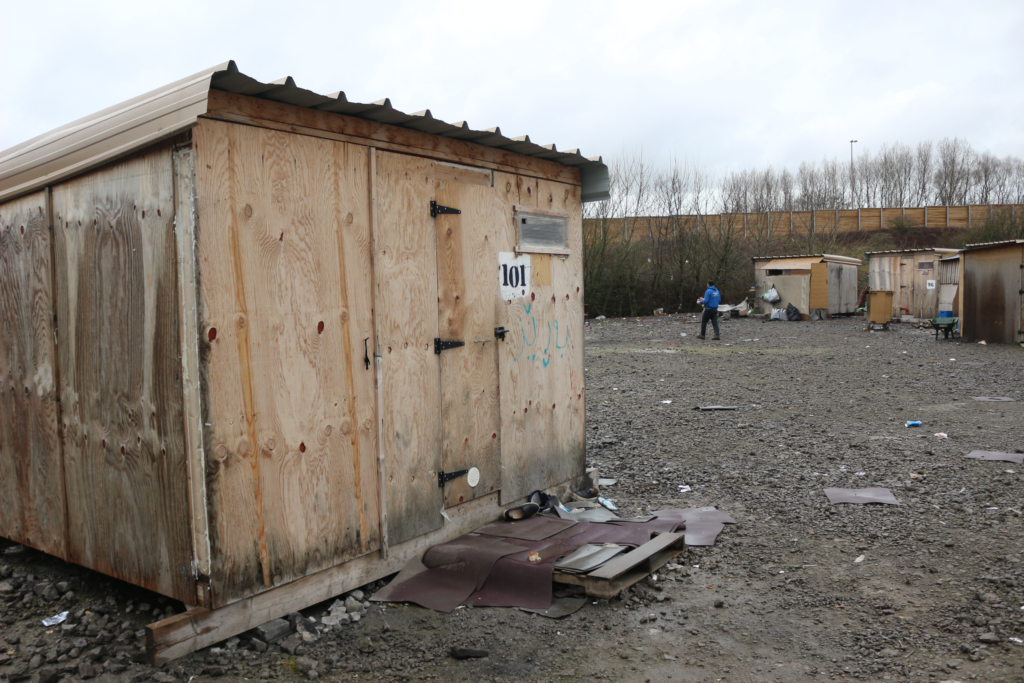 Armed police amass outside as the day draws to a close at La Linière migrant camp in Grande-Synthe, northern France, which has just celebrated its one-year anniversary.

There was an incident last night and there’s every chance another could follow tonight. This camp may boast a new, prettier face, but it is no paradise.

For the several hundred migrants here, the paradise that they seek is 20 nautical miles further north, across the English Channel – tantalisingly close when compared with the great distances they’ve covered to be here (from places as far away as Syria, Iraq, Afghanistan and Iran) yet still out of reach.

Some of the migrants here have friends and family on the other side, who successfully managed to navigate treacherous negotiations with smugglers charging thousands of pounds per person.

We meet with one inside a toasty wooden cabin midway through the camp.

Sara’s husband, and two dogs, she says, are safely on the other side. Every night she hopes it might be the one she’s been waiting for, the one that will offer her the opportunity to make the crossing. And that this time she’ll get there. Undetected. Without incident.

She’s tried before. They all have. But the stars haven’t yet aligned in her favour. She prays that they will.

Sara is an Iranian Christian, who fled her home country late last year because of threats to her life. It isn’t safe to be a Christian in Iran, at least not as an ethnic Iranian, all of whom are considered Muslim by birth. To convert is to commit apostasy. To do so risks imprisonment or even death.

Sara is not the only Iranian Christian here. Five more come to meet us, as we sit on a bed of rugs, with our backs pressed up against cushions. The water is boiling for tea. Some cakes are spread before us and two cups. 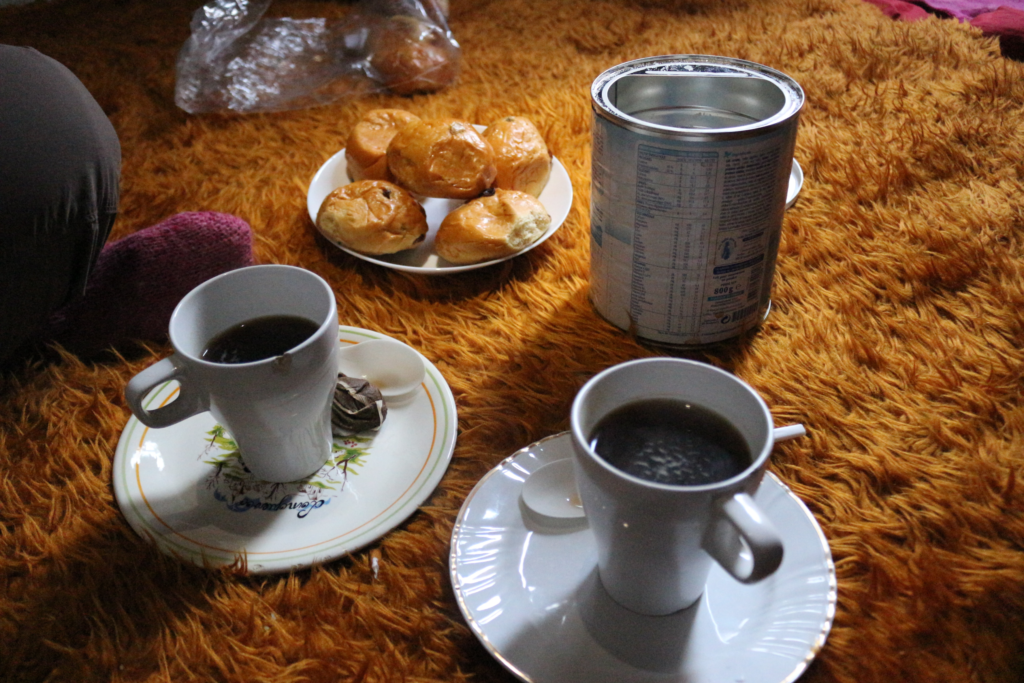 The women fuss over how to make us feel welcome. This could be Iran.

Sara apologises for how long the water is taking to boil, a reminder that no, we aren’t in Iran, we’re in a makeshift wooden cabin, just big enough for three people to sleep, side by side.

It may be an improvement on the tents at the previous camp – which locals here knew as the “Jungle” for its squalid conditions and lawlessness.

But it’s still only a temporary fix.

Puddles litter the pebbled pathways that make up the new camp. A solid foundation on which to build a European unit of orderly homes, all of which are numbered. Like a concentration camp.

At least this time they don’t have to live in a field of mud and squalor. Sara has been here for five months; she didn’t know the other camp. That’s a blessing, at least.

But it still isn’t safe. Yesterday was a reminder of that. As she spoke on the phone with her husband in Leeds, a city in northern England, she saw a man running past, scared. She saw others chasing him. And then she heard the shots. It wasn’t the first time, she says.

“Those Kurds, they’re always fighting,” she says. “It’s true; I lived there. Even the babies have guns.”

Not only are her comments a reminder that the camp isn’t safe, they also highlight the ethnic tensions that divide the camp; another reason the place feels on edge.

And then there’s the religious aspect – Sara and the four other Iranians we meet are Christians. Most of the hundred or so Iranians in the camp are, she says.

But they don’t tell people.

If their Muslim neighbours knew – Iraqi Kurds live on either side of her – it could mean trouble.

As World Watch Monitor reported last year, an Iranian Christian was killed in the previous camp. That hasn’t happened at the new camp, but one has been raped.

Was she raped because she was a Christian? Was the other man killed because of his faith? That’s difficult to prove, but it no doubt adds to the Iranians’ sense of vulnerability.

They were minorities in their home country, as Christians. It led them to flee. But they’re still minorities here, surrounded by the Kurds their parents fought against (Sara’s parents recently died of cancers she links to the chemical weapons used in the Iran-Iraq War).

She’s so far from home, but in some ways it’s as if nothing has changed.