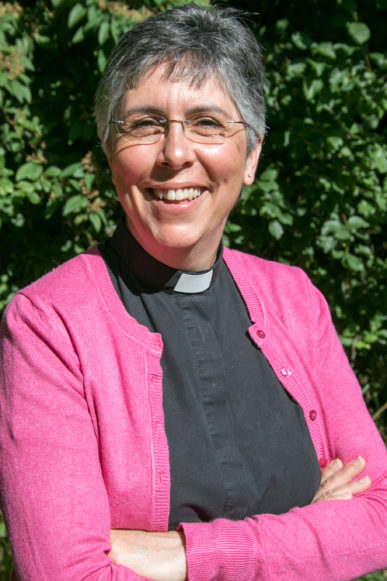 Firsthand experience of persecution has returned to the top levels of the Church of England with the appointment of a bishop whose brother was murdered and whose parents were attacked in their bed during the Iranian Revolution.

Guli Francis-Dehqani was last week (11 July) named the Bishop of Loughborough with a focus on supporting Black, Asian and Minority Ethnic (BAME) clergy, lay workers and congregations within the diocese of Leicester, which has one of the largest Muslim populations in the UK, as well as many other ethnicities.

She becomes the first woman from an ethnic minority to be made a bishop in the Church of England, and the fourth ethnic-minority bishop after Pakistani-British Michael Nazir-Ali, the former Bishop of Rochester, Ugandan-born Dr John Sentamu, the Archbishop of York, and Nigerian-born Woyin Karowei Dorgu, the newly-installed bishop of Woolwich.

Bishop-elect Francis-Dehqani told the BBC Sunday programme on 16 July that Christians came under attack during the Iranian Revolution, and in particular her father Hassan, a convert to Christianity who had been made the Anglican Bishop of Iran.

She mentioned “an attempt on my father’s life in which my mother had been injured.” Margaret Dehqani-Tafti, who died last October aged 85, famously took a bullet to save the life of her husband when in November 1979 two gunmen entered their bedroom and opened fire at Hassan’s head. The first four shots narrowly missed both of them, but Margaret threw herself across her husband to protect him, and the fifth passed through her hand. Canon Francis-Dehqani now owns the pillowcase that contained four bullet-holes.

She continued: “My father had been in prison briefly; the Church had lost one of his other clergy who had been murdered in the very early months of the revolution.”

However, she told the Sunday programme: “The culmination for us as a family was the murder of my brother, who was 24 at the time, teaching at the University of Tehran … No one was ever brought to justice [but] our understanding has always been that my brother was a target simply because he was his father’s son.”

She said her experiences had given her an ongoing concern for Christians in the Middle East. “If we talk about a family of Churches and worldwide Communion then we have a strong sense of responsibility, just as we would if it was a member of our own family who was in difficulty, to keep people in our minds and be praying regularly and committedly.”

In a separate interview with the Sunday Times, she added that she hoped her new role would be “symbolic of some kind of new life” within the Church in Iran.

Dr Sentamu, who spoke out against the Ugandan dictator, Idi Amin, was briefly imprisoned before fleeing to the UK in 1974. Dr Nazir-Ali resettled in Britain in the 1980s after receiving death threats in his native Pakistan. Bishop Karowei was born in the Christian-majority south of Nigeria but as a doctor has treated victims of radical Islamist terror group Boko Haram.