Philippines President Rodrigo Duterte declared “Marawi City liberated from the terrorist influence” on Tuesday (17 October) after the military killed two of the ring leaders behind the five-month assault on the city, but a religious freedom expert has warned the “killing of militant leaders does not destroy the fighters behind them”.

Isnilon Hapilon, seen as the leader of the Islamic State (IS) for Southeast Asia and one of the world’s most wanted terror-suspects, and Omar Maute, after whom the Maute group was named, were declared dead on 16 October. 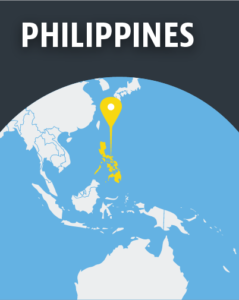 But Thomas Muller, analyst at Christian charity Open Doors’ World Watch Research unit, told World Watch Monitor: “Judging from the past, the killing of militant leaders does not destroy the fighters behind them. Other leaders will emerge and the Islamic militants will simply re-group”.

Marawi had been besieged since 23 May, when the Maute group killed civilians and took many others, including a Catholic priest, hostage. They set fire to buildings including a cathedral and Protestant-run college, and erected the black flags of IS.

Duterte said early on that he was unwilling to negotiate with the militants and declared martial law in the wider Mindanao region, a Muslim stronghold in the predominantly Catholic Philippines.

More than 1,000 people, mostly militants, died during the siege, while approximately 350,000 people were displaced. Rebuilding Marawi will cost about $1.95billion, according to the Defence Secretary.

Approximately 20-30 militants are still hiding out in the city, where around 20 people are still being held hostage and are being used as human shields, according to local news source Rappler. In an operation yesterday (19 October), two of them, a mother and her teenage daughter, were rescued.

Mindanao is home to a number of violent extremist groups – including Maute, Abu Sayyaf and the Bangsamoro Islamic Freedom Fighters – which for the last four decades have sought the island’s independence, hoping to create an independent Islamic state.

In July a draft bill that will govern the creation of a new autonomous Muslim region in the southern Philippines was presented to government to be passed by Congress.

Filipino Bishops: ‘Marawi war is not a religious conflict’

Islamic extremism on rise in Philippines

IS allegiance reported in Philippines

The Moro Islamic Liberation Front, the country’s largest Muslim rebel group which signed a peace deal with the government in 2014, warned last week that the failure of the government to pass the law on self-determination would “fuel Islamic extremism”.

The group’s vice chairman, Ghazali Jaafar, said the proposed bill was “the best antidote to violent extremism” and that the Marawi siege happened as a result of frustration with the peace process.

As IS has lost territory in Iraq and Syria, it has started to assert its presence globally through either isolated ‘lone wolf’ attacks or more co-ordinated actions by organisations that affiliate themselves with the group. In a 20-minute video issued last year, the group actively encouraged supporters to “go to the Philippines”.

Researcher Thomas Muller says the future of Islamic extremism in the area “may much depend on how, and how fast, Marawi can be rebuilt and its citizens can return”.

He added that “the Christian minority could play a major role in rebuilding, in reconciliation and in refusing to let violence have the last word”.

Marawi’s archbishop, Edwin de la Pena, welcomed the news of the liberation of the predominantly Muslim city, saying: “We can now return peace and order in the city, in the entire Mindanao, and the whole country. Praise be to God.”

“It is a critical moment in the history of Muslim and Christian relations in Marawi,” he said. “This will either bring us closer or will widen the gap.”