On its 50th anniversary, the Association of Southeast Asian Nations (ASEAN) should repeal blasphemy laws, release prisoners of conscience and strengthen interfaith relationships, says the US Commission on International Religious Freedom (USCIRF). 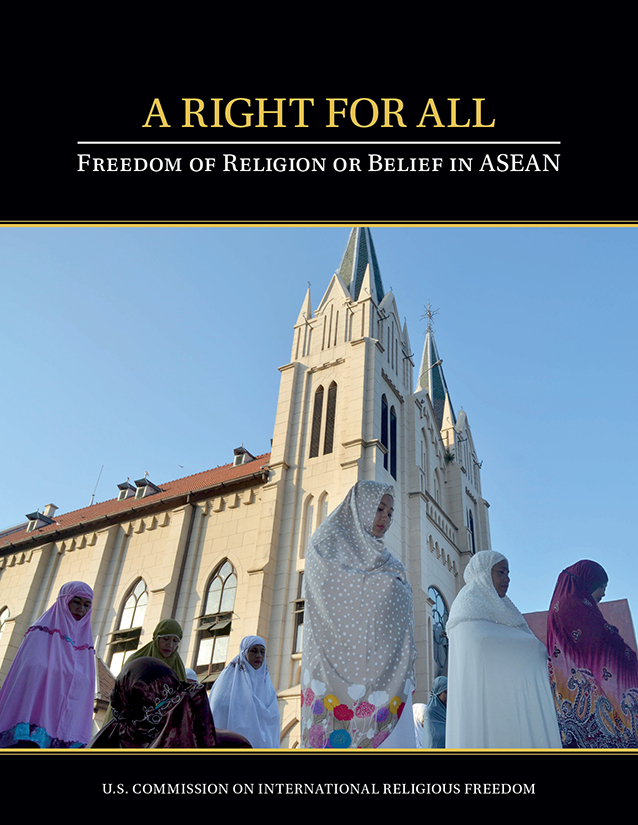 In a new report, USCIRF highlights regional “arrests, detentions, and imprisonments based on religious belief, practice, or activities, as well as the exis­tence and implementation of blasphemy laws that are used to incite or inspire violence”.

The report concludes that “ASEAN and the individual Member States have an inconsistent record protecting and promoting human rights, and even more so with respect to freedom of religion or belief”.

ASEAN is made up of Brunei, Cambodia, Indonesia, Laos, Malaysia, Myanmar, the Philippines, Singapore, Thailand, and Vietnam, nations with differing approaches to international human-rights obligations.

Six of the ASEAN countries – Brunei, Myanmar, Indonesia, Laos, Malaysia, and Vietnam – feature in the 2017 Open Doors World Watch List of the 50 countries where it is most difficult to be a Christian.

Vietnam, 17th on the List, “has made progress to improve religious freedom conditions”, says USCIRF, “but severe violations continue, especially against ethnic minority communities in rural areas of some provinces”.

In some areas of Laos, 24th on the List, “local authorities harass and discriminate against religious and ethnic minorities, and pervasive government control and onerous regulations impede freedom of religion or belief”, according to USCIRF.

Why religious freedom is so important

Religious intolerance on the rise

Of Brunei, which is 25th on the List, USCIRF says: “The identification of the state and the public sphere with Islam in the person of the sul­tan sometimes challenges the religious freedom of non-Muslims or heterodox Muslim residents, whose communities may be banned or ruled by Sharia [Islamic law] despite their affiliation”.

The small country (population 429,000) is located on the north-western edge of the island of Borneo, an island that is otherwise split between Indonesia and Malaysia.

Myanmar, 28th on the List, went through an historic and peaceful transition of government in 2016 but USCIRF notes that since then “the outright impunity for abuses committed by the military and some non-state actors, and the depth of the humanitarian crisis for displaced persons, continue to drive the ill treatment of religious and ethnic groups”.

Of Malaysia, 31st on the World Watch List, USCIRF says the “government advantages the ruling party and the Sunni Muslim Malay majority at the expense of religious and ethnic minorities, often through government-directed crackdowns on religious activity, expression, or dissent”. Malaysia’s constitution defines ethnic Malays as Muslims, leaving Malays with no choice but to identify as Muslim. Conversion to Christianity is against the law in almost all states.

Indonesia, 46th on the World Watch List, was once known for its moderate and diverse Islam, but extremism is on the rise. “Non-Mus­lims and non-Sunni Muslims endure ongoing difficulties obtaining official permission to build houses of worship, experience vandalism at houses of worship, and are subject to discrim­ination as well as sometimes violent protests that interfere with their ability to practice their faith,” according to USCIRF.

In response to the UN’s recent Universal Periodic Review, Indonesia’s government last week said that 58 of the UN’s recommendations, including abolishing the death penalty, addressing past human rights violations and ending prosecutions for blasphemy, “were noted” but considered “not in line with the priorities in Indonesia’s human rights agenda”.