For foreign Christians, the United Arab Emirates is an “oasis of freedom” compared to other countries in the Middle East, says a member of a thriving Dubai church.

Mack Stiles is part of the United Christian Church of Dubai (UCCD), which in the last eight years has grown from one to three campuses, the latest built on land given by the government in northernmost emirate of Ras Al Khaimah. 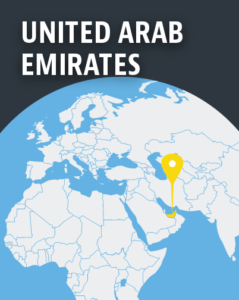 “Church buildings in this part of the world are vitally important. To have one means you have the stamp of approval from the rulers,” the church’s American pastor, John Folmar, told Sarah Eekhoff Zylstra of The Gospel Coalition, a network of Protestant pastors and churches.

The UAE is believed to have the largest number of registered churches in the entire Arabian Peninsula.

Having a building offers a placed to go to for those who have questions about Christianity but cannot talk about it in a country where proselytism is prohibited and conversion from Islam to Christianity carries the death penalty, says Zylstra.

The UAE is 40th on the 2018 Open Doors World Watch List of the 50 countries in which it is most difficult to live as a Christian.

Since the discovery of oil in the country in the 1950s, the UAE, a federation of seven emirates on the Arabian Peninsula, has become one of the most important centres for trade and tourism.

Dubai: free to worship, but not convert

With a small population, the Emirates relies heavily on foreign workers and is relatively open and tolerant towards religions other than Islam, according to Christian charity Open Doors International. However, the charity says this freedom is mostly enjoyed by Western expatriates and, to a lesser extent, Asian and African migrant workers.

According to the Gospel Coalition, the government does not want to encourage the growth of a non-Muslim faith, so there are not enough locations and churches often share a building.

For example, 20 congregations meet in UCCD’s building in Dubai, while an Anglican church in the city of Sharjah offers time-slots to 80 congregations, seven days a week.