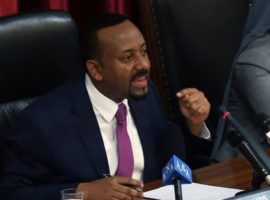 As relations between Ethiopia and its neighbour Eritrea show signs of improvement, the UN’s rapporteur on human rights in Eritrea has called for the momentum to be used to improve human rights conditions in the country. “While peace is being negotiated, while rapprochement is happening, one would make sure that . . . Read More