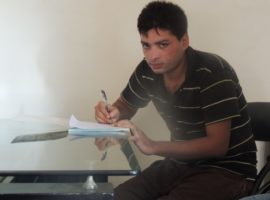 A Christian held in a Pakistani prison has told World Watch Monitor about the events surrounding his arrest and current detention. In October 26-year-old Adnan Prince (also known as Adnan Masih) was accused by a work colleague of insulting Islam, the Qur’an and the Prophet Muhammad. A conviction of blasphemy . . . Read More