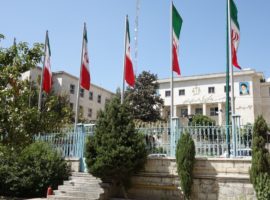 An Iranian Christian has been released from prison after being arrested in April for “propaganda against the [Iranian] establishment”, Middle East Concern reported yesterday, 5 July. Mohammad Ali Yassaghi was kept in Babol Prison in the capital of Mazandaran Province in northern Iran. He is a member of the self-styled Church . . . Read More