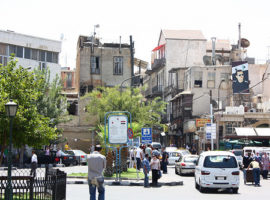 Wednesday 28th’s twin deadly car bombs in the Christian and Druze suburb of Jaramana in the Syrian capital Damascus appeared to target two communities which so far have not joined the uprising against President Bashar al-Assad’s government. State media said “terrorists” were behind the blasts, which killed at least 38 . . . Read More