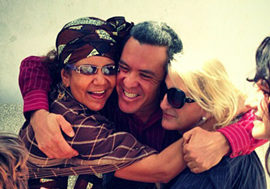 Two Brazilian missionaries held in a Senegal jail without charge for five months were released on bail this month, yet still face accusations they operated youth programs without permits. Jose Dilson Da Silva is a missionary with the Brazilian Presbyterian Church in the Senegalese capital Dakar. Zeneide Moreira Novais, who . . . Read More