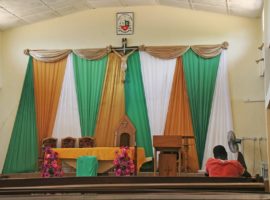 Six Catholic nuns from a convent in the southern Nigerian state of Edo were released on Sunday (7 January), two months after they were kidnapped by armed men. The nuns, belonging to the Sisters of the Eucharistic Heart of Christ, were released after police intervention and were said to be . . . Read More