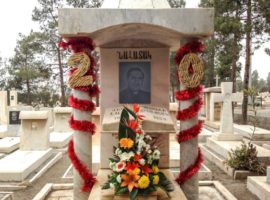 Memorial services are being held in Tehran, London and California to mark the 20th anniversary of the death of Haik Hovsepian, an Iranian pastor hailed by many Christians as a martyr. Hovsepian vanished on January 19, 1994, three days after his protests helped to secure the release of fellow Iranian . . . Read More