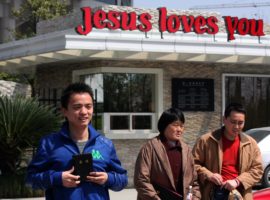 Chinese bishop Peter Shao Zhumin of the coastal city of Wenzhou, Zhejiang, was released on Wednesday (3 January) after being detained for seven months – the second high-profile church leader released in the past two weeks. It is thought international pressure helped secure the bishop’s release, according to AsiaNews. In . . . Read More
January 13, 2017 China China, Chongyi Church, Crosses, Hangzhou, Joseph Gu, Zhejiang
The former leader of China’s largest official Protestant “mega-church” has been arrested and charged for the second time with misappropriating funds. Gu Yuese (also known as Joseph Gu) was arrested on 7 January, a year after being arrested on the same charges. (He was released on bail in March 2016, . . . Read More
July 28, 2016 China China, Crosses, G20, Hangzhou, Zhejiang
House churches in a part of Hangzhou, the capital of China’s Zhejiang province, have been told to close down when the city hosts China’s first-ever G20 summit, reports . The coastal province, known as the ‘Jerusalem’ of the east as many of China’s estimated 70-80 million Christians are there, is . . . Read More
February 2, 2016 China China, Chongyi Church, Crosses, Hangzhou, Hong Kong, Joseph Gu, Zhejiang
The pastor of China’s largest official Protestant church has been detained and accused with embezzling funds. Rights activists claim his detention is “politically motivated”, after he spoke out against the government’s . Gu Yuese is pastor of Chongyi Church in Hangzhou, a government-approved church with around 10,000 members. He was . . . Read More