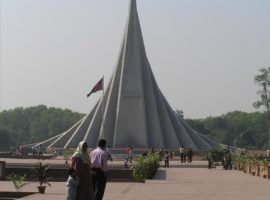 Two Bangladeshi pastors have been released on bail today after having been arrested and nearly mobbed by about 200 Muslims who gathered to attack a Christian meeting they were leading in northern Bangladesh. Around noon on Nov 9, in a village in the northern district of Lalmonirhat, locals were outraged . . . Read More