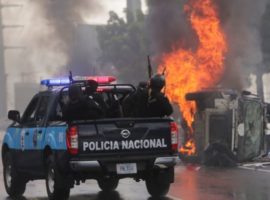 Nicaragua’s president ordered a UN commission to leave the country on 1 September after it criticised the government for alleged human rights abuses committed during its clampdown on anti-government protestors. In its report, the UN Commission on Human Rights “called on the government to stop the persecution of protestors and . . . Read More