An Iranian Christian convert, about whom nothing had been heard since his arrest 45 days ago, was able to contact his family over the weekend to let them know he is being held in the notorious Evin Prison, in the capital Tehran. A spokesman for advocacy organisation Article 18, Kiaa . . . Read More
February 28, 2018 Iran Evin Prison, Hassan Rouhani, Iran, Maryam Rostampour, Marziyeh Amirizadeh, Naser Navard Gol-Tapeh, Trauma

There was hope among Iranian Christians that the mass protests earlier this year could effect change for them, but they continue to be harassed and imprisoned on spurious charges. An Iranian convert to Christianity, Naser Navard Gol-Tapeh, who recently lost his appeal against a 10-year sentence for “missionary activities”, was reportedly moved to . . . Read More
November 29, 2017 Iran Abdol-Ali Pourmand, Evin Prison, House churches, Iran, Khuzestan, Maryam Naghash Zargaran, Maryam Rostampour, Marziyeh Amirizadeh, Mohammed Ali Torabi, Prisons, Women 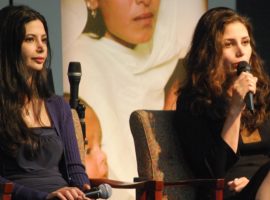 Two Iranian Christian women who once faced the threat of execution for their faith have described the conditions inside Tehran’s notorious Evin Prison, calling it “the most brutal prison in the world”. Maryam Rostampour and Marziyeh Amirizadeh, who spent eight months there in 2009/10, now live in the US, where . . . Read More
January 20, 2017 Iran Maryam Naghash Zargaran, Maryam Rostampour, Marziyeh Amirizadeh, Women 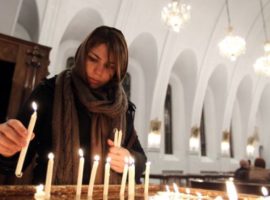 Women are playing a central role in the underground churches of Iran despite the risk of rejection by their families and imprisonment by police, research by the global charity Open Doors has found. An Iranian woman lights a candle during the Christmas Eve mass at the St. Gregor Armenian Catholic . . . Read More