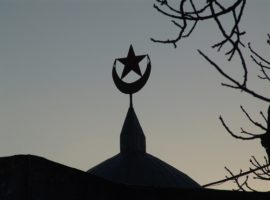 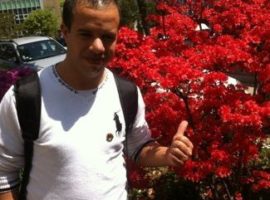 An Algerian Christian given a jail sentence and a fine for carrying a Bible and other Christian items has been acquitted. Idir Hamdad, 29, had been convicted in absentia on 28 September 2017 (though he only learned about this five months later) and given the maximum sentence of six months . . . Read More
June 13, 2018 Algeria Aïn Turk, Algeria, Bejaia, Kabylie, Mâatkas, Oran, Protestant Church of Algeria, Tizi Ouzou 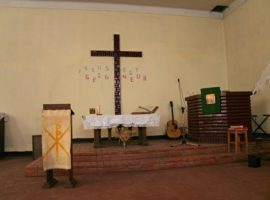 The organisation linking 45 Protestant churches in Algeria, l’Eglise Protestante d’Algérie (EPA), has called on the Algerian government to lift its measure for closing down churches, and to give equal treatment under the Maghreb country’s constitution. “As full citizens, we call on the highest authorities in the country to ensure . . . Read More
May 10, 2018 Algeria Algeria, Algiers, Idir Hamdad, Oran, Protestant Church of Algeria, Tizi Ouzou A court in Algeria has overturned a prison sentence, but upheld a fine, against a Christian man convicted for carrying a Bible and other Christian items. Idir Hamdad, 29, had been convicted in absentia on 28 September 2017 (though he only learned about this five months later) and given the . . . Read More
April 24, 2018 Algeria Algeria, Kabylie, Oran, Protestant Church of Algeria, Tizi Ouzou 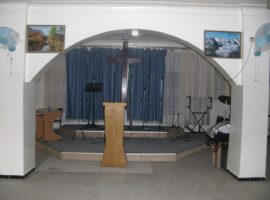 Another church has been closed down in northern Algeria, as pressure against Christians intensifies in the Maghreb country. The village church in Azaghar, near the town of Akbou, was forced to stop all activities on 2 March. The church had been running for over five years. Two weeks earlier, on 18 . . . Read More
March 9, 2018 Algeria Aïn Turk, Algeria, Bejaia, Churches, Oran, Protestant Church of Algeria, Religious freedom, Tizi Ouzou 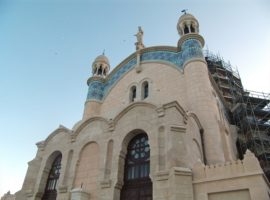 The leader of a Protestant church in Algeria’s north-western town of Aïn Turk (15km from Oran city) has denounced the closure of his church four months ago. Youssef Ourahmane founded the House of Hope church more than 20 years ago – in 1997 – but on 9 November, 2017, the . . . Read More
March 1, 2018 Algeria Aïn Turk, Algeria, Churches, Kabylie, North Africa, Oran, Proselytism, Protestant Church of Algeria, Religious freedom, Tizi Ouzou Local authorities in Algeria’s north-western city of Oran have closed two more churches amidst growing pressure on Christians in the Maghreb country. The two churches – L’Oratoire (The Oratory) in Oran’s city centre, and a village church in Layayda (about 40km from Oran) – were sealed off by police on . . . Read More