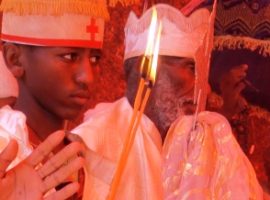 A district court in Ethiopia has charged six members of an Ethiopian Orthodox Church (EOC) with inciting public disturbance, destroying public trust in government officials and spreading hatred after it surfaced in the media that official complaints were made to the government about increasing persecution of Christians in a Muslim-dominated area in . . . Read More