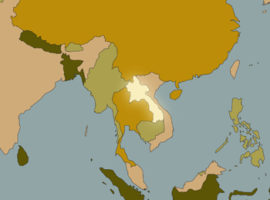 Officials in a village in southern Laos on Sunday (March 25) arrested and detained five Christians during worship and charged them with leading a religious movement without official approval, according to advocacy group Human Rights Watch for Lao Religious Freedom (HRWLRF). The five Christians from Palansai district were attending a . . . Read More