In Shiraz, famous for its cultural significance to Iranians as the home of Persepolis (the ancient “city of the Persians”) and the poet Hafez’s tomb, eight Christians were jailed last week (July 16) for “action against national security” and “propaganda against the system”.

Mohammad Roghangir, Massoud Rezaie, Mehdi Ameruni, Bijan Farokhpour Haghighi, Shahin Lahooti, Suroush Saraie, Eskandar Rezaie and Roxana Forughi were sentenced to between one and six years in prison. They were arrested in October last year – seven of them picked up from the same prayer meeting.

Firouzi was arrested in March while at work and released on bail in May. At his trial at the Revolutionary Court in his hometown of Robat Karim, just to the south-west of the capital, he was also charged with “attempting to launch a Christian website, contact with suspicious foreigners and running online church services”.

He rejected the charges, saying the allegations were fabricated by security authorities and interrogators, reports Mohabat News. The trial continues. 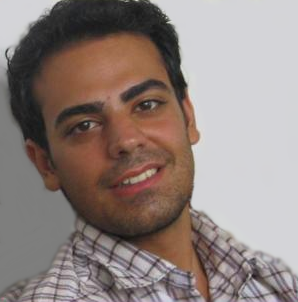 In June, another Christian convert, Mostafa Bordbar, 27, was charged with “illegal gathering and participating in a house church“.

Bordbar was arrested in December last year during Christmas celebrations with friends. If found guilty, his lawyer Shima Qousheh said he can expect a prison sentence of between two and ten years.

Bordbar was arrested for apostasy five years ago in his hometown of Rasht. The charge remains on his record. At the time he was forced to pay substantial sums of money for bail – a recurring theme for many of the Christians brought to trial in Iran.

Update (Aug. 6)
Mostafa Bordbar has been jailed for 10 years. He was sentenced to five years for membership of an “anti-security organisation” and five years for partaking in “gatherings with intent to commit crimes against Iranian national security”. His lawyer, Shima Ghousheh, said she will appeal the verdict.

Update (Aug. 20)
Ebrahim Firouzi has been jailed for one year, after which he will spend two years in exile in the remote city of Sarbaz, near the Pakistan border in Iran’s southeast. “Evangelism activities… are considered to be in opposition to the regime of the Republic Islamic of Iran,” read the court’s statement.