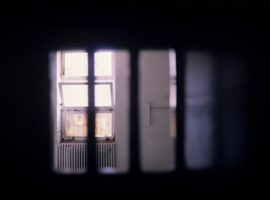 Iranian authorities continue to arrest Christians, among them a 65-year-old woman who was held in detention and interrogated for ten days, day and night. Security officials raided Ruhsari Kamberi’s home in Karaj, 50km west of the capital Tehran, a few days before Christmas while she was there with four other . . . Read More
January 10, 2018 Iran Ebrahim Firouzi, Eskander Rezaie, Iran, Refugees, Shiraz, Soroush Saraei, USA

Two Iranian Christians in the southern city of Shiraz have been sentenced to eight years in prison for “action against national security”, proselytising and holding “house-church” meetings. Eskander Rezaie and Soroush Saraei, who have both spent time in prison before, will appeal their sentences, according to Christian advocacy group Middle . . . Read More
December 27, 2017 Iran Christmas, House churches, Iran, Prisons, Shiraz 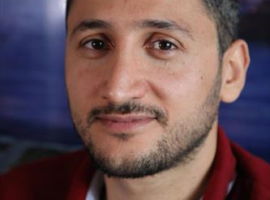 How do Christians under pressure for their faith celebrate Christmas? In the fourth of our series we hear from an Iranian Christian who spent three years – and three Christmases – in prison. Because converting away from Islam is illegal in Iran, house churches meet in secret and Christmas is . . . Read More
September 8, 2017 Iran Children, Church of Iran, Ebrahim Firouzi, Eskander Rezaie, Iran, Islamic extremism, Karaj, Maryam Naghash Zargaran, Mohammad Reza Omidi, Rasht, Saheb Fadaie, Shiraz, Soroush Saraei, Yasser Mossayebzadeh, Youcef Nadarkhani 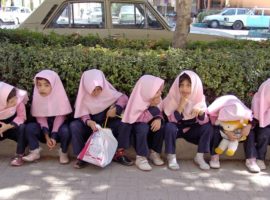 Christian children in two large Iranian cities have been told to either study Shia Islam or leave school. The children are members of the non-Trinitarian ‘Church of Iran’ denomination in the northern city of Rasht, near the Caspian Sea, and the historical southern city of Shiraz, respectively. Until recently the . . . Read More
March 15, 2017 Afghanistan, Calais, Converts, Dunkirk, France, Grande-Synthe, Iran, Iraq, La Linière, Migrants, Refugees, Shiraz, Syria, Vietnam 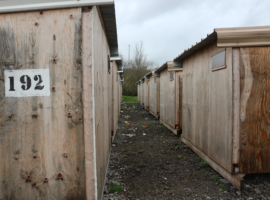 Outside the windswept port of Dunkirk, in northern France, sits a migrants’ camp called La Linière. Home to around 1,400 people, it lies 25 miles from Calais and the now-demolished camp that became known as the “Jungle”. La Linière opened a year ago, with the collaboration of Médicins sans Frontières . . . Read More
March 15, 2017 Calais, Converts, Dunkirk, Grande-Synthe, Iran, La Linière, Migrants, Refugees, Shiraz, Zoroastrians 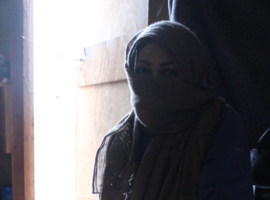 A pastor in northern France has described her church’s ministry to Middle Eastern migrants in a nearby camp as “the mission field coming to you”. The church’s leader, Pastor Lydie Granger, said that among the estimated 1,400 migrants living in the camp outside Dunkirk were around 40 Iranians who had . . . Read More
December 8, 2015 Iran Church of Iran, Eskander Rezaie, Iran, Shiraz
Three Iranian Christians have been released from prison in the southern city of Shiraz. Although officially they have been granted only temporary leave, that they have been led to believe they will not have to return. Mehdi Ameruni, Seyed Bijan Farokhpour Haghigi and Eskander Rezai were arrested at a prayer . . . Read More
November 13, 2015 Iran Church of Iran, Iran, Shiraz, Soroush Saraei
An Iranian Christian has been released from prison in the southern city of Shiraz, reports Middle East Concern. Soroush Saraei had been in prison since July 2014 and was serving a two-and-a-half-year sentence for “action against national security” and “propaganda against the order of the system”. He was arrested alongside . . . Read More
July 4, 2015 Iran House churches, Iran, Proselytism, Shiraz
A Christian imprisoned in Iran for 40 months has been released, according to MEC Homayoun Shekohi was arrested on 8 February 2012 in Shiraz as part of a raid on a house church. He and three others were sentenced to three years, eight months in prison for participating in house-church . . . Read More
January 29, 2015 Iran Iran, Prisons, Shiraz
Middle East Concern, an association of Christian agencies, reports that Iranian detainee Vahid Hakkani was released Jan. 26 from Adel-Abad Prison in Shiraz. Hakkani, one of eight Christians arrested in Feb. 2012, went on at least two hunger strikes during 2014 in efforts to protest against the Iranian judicial authorities . . . Read More