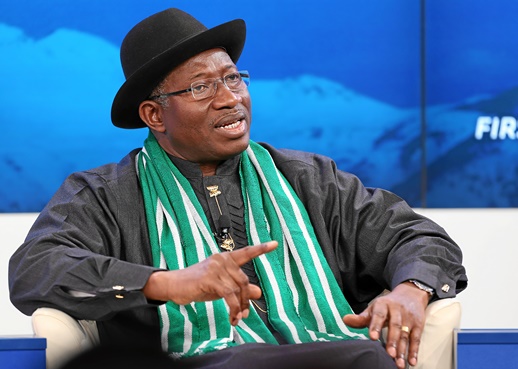 The Nigerian President’s spokesman has said that the conflict with Boko Haram is a “war situation”.

Speaking to Lagos-based Channels TV on Feb. 28, Doyin Okupe said: “We are dealing with a very, very serious enemy. We are engaged in a war that has been internationalised.”

The statement appears to contradict President Goodluck Jonathan’s assertions that the government is winning the battle against the Islamist insurgents, and that normality will return by May 2014.

The President has also accused its eastern neighbour, Cameroon, of not cooperating by failing to allow cross-border pursuits of Boko Haram members, who he claims return to Cameroon after attacks in Nigeria.

On Sunday (March 2), one soldier and six Boko Haram members were killed after an assault in northern Cameroon, local media reported.

The President claims Boko Haram has set up bases in the sparsely populated areas of Nigeria’s north-eastern neighbours Cameroon, Chad and Niger. Part of Nigeria’s 1,600 km border with Cameroon was closed on Feb. 23.

The Cameroon border closure extends from the northern state of Borno, near Lake Chad, to the southern end of Adamawa state, one of the three states in north-east Nigeria placed under a “state of emergency” in May.

“Christians are living in perpetual fear.”

Deadly attacks have been carried out on an almost daily basis by the Islamist group in recent weeks. Between 90 and 140 were confirmed dead in twin attacks in Borno state last weekend, while more than 400 have been killed in Borno, Adamawa and Yobe states within the past month.

Palpable fear, anxiety and uncertainty have gripped many Christian communities in Adamawa state, following attacks on Feb. 26 on the villages of Kirchinga, Michika and Shuwa, which left at least 14 dead. Heavily armed Boko Haram fighters travelled in vans through the Sambisa Forest near the Cameroon border and stormed the villages, firing indiscriminately before setting fire to homes, shops and other establishments, including three Catholic churches, local source say.

In Shuwa, a primary school was razed to the ground and a maternity health centre looted and set ablaze – along with Saint Joseph’s Minor Seminary and the home of a former Commissioner. In Michika, three banks were looted and ransacked, in addition to a police station, several shops and part of the Local Government Council Secretariat.

“Christians in most rural communities where the attacks are rampant are living in a situation of despair as a result of the activities of the terror group,” Moses Yusuf, former secretary of the Adamawa state chapter of the Christian Association of Nigeria, told World Watch Monitor by phone. “These attacks are spreading everywhere in Adamawa state and people are helpless. We never know how far this thing will go, so Christians are living in fear of the unknown. Many churches, especially in villages that border Cameroon, have been burnt down, while many people have left those places. Christians are living in perpetual fear.” 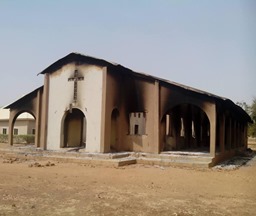 He added: “Whenever civilians call for help through the help telephone lines, no help will come,” he said. “We are worried. It will be unfair to say that the Nigerian military is not living up to expectations, but there must be a problem somewhere. It is not just Christians that are running away. Both Christians and Muslims are being killed in the villages and everybody is running away because you never know who will be the next target. The prevailing atmosphere here is that of fear.”

The Sultan of Sokoto, who chairs the Supreme Council of Islamic Affairs, called for unity. “All of us as Nigerian citizens have common problems: problems of poverty, hunger, unemployment, extremism, terrorism, insecurity, poor education, poor infrastructure, etc.,” said Alhaji Sa’ad Abubakar III, who is considered the spiritual leader of Nigeria’s Muslims. “We must all come together as a people to face these common enemies of our individual and collective progress.  No doubt we would be able to solve these common problems if we unite as a people; we can’t overcome these challenges if we are divided, hence our unity is not negotiable.”

On March 3, Nigerian security forces presented to the mass media seven suspected members of Boko Haram, who allegedly killed a prominent Muslim cleric. The Sheikh was shot on Feb. 1, along with his wife and son, while returning from preaching in Zaria in the central state of Kaduna. The cleric was killed because of his pro-Western posture and anti-Boko Haram preaching, a security forces spokesperson said.

France has pledged to assist Nigeria in its fight against Boko Haram. The French President, François Hollande, speaking at a security conference on Feb. 27 in Abuja, was quoted by a local newspaper as saying: “Your struggle is also our struggle. We will always stand ready, not only to provide our political support but our help every time you need it, because the struggle against terrorism is also the struggle for democracy.”