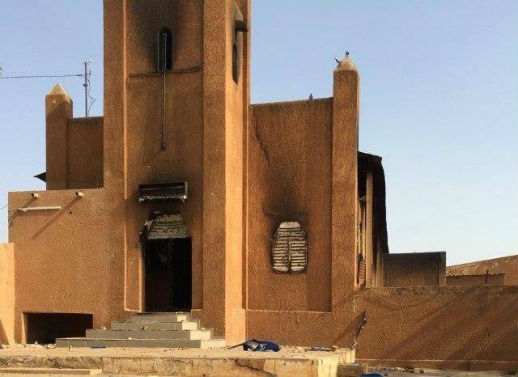 More than 70 churches, as well as Christian homes, schools and orphanages,were burned down by Islamists in Niger in January 2015.World Watch Monitor

As the world focusses on potential military advances against the so-called Islamic State in Iraq and Syria, it risks overlooking another vast region where militant Islam is a growing threat to the Church – in the continent where the Church is growing fastest: Africa.

Amongst other factors, the chaos in Libya since the fall of Muammar Gaddafi – characterised by easy access to weapons of all sorts combined with the increasing presence of jihadists – has had a spill-over effect into Africa’s vast Sahel region. This spans the African continent from Senegal in the west to western Sudan, Eritrea and Ethiopia in the east. (The ‘Sahel’ describes the ecological and geographic region between the Sahara Desert and the humid and fertile savannah belt north of Africa’s tropical rainforest).

The most dramatic example of this Islamist militancy is in northern Mali, where Islamist militants and foreign fighters made common cause with Tuareg rebels to take over a large portion of the country in 2012. For most of the year, until the French military were forced to intervene, armed Islamist groups ruled the region, banning the practice of other religions and desecrating and looting churches and other places of worship.

In addition to the main group involved then, the jihadist Ansar Dine, other militant groups active in the Sahel region include Al-Qaeda in the Islamic Maghreb (AQIM), Boko Haram and Islamic State (IS).

A new report from Open Doors International, a charity providing support to the global Church under pressure, shows that the rise of Islamist militancy in the region is undermining freedom of religion. According to the report, puritanical and militant versions of Islam (particularly Salafism/Wahhabism) are increasingly taking root – in a manner that reflects recent developments in the rest of the world – as a result of Islamist missionaries and NGOs from the Middle East, funded by (until recently) oil-rich Gulf States like Saudi Arabia and Qatar.

The Sahel, which encompasses parts of Senegal, Mauritania, Mali, Burkina Faso, Algeria, Niger, Nigeria, Chad, Sudan, South Sudan, Eritrea and Ethiopia, has been predominantly Muslim for centuries. Due to a mix of environmental, demographic, economic and political factors, all the states that exist in this region are very fragile.

Troops from Mali and Niger, supported by their French counterparts, conduct regular joint operations to hunt for militants in the western part of the region.

The report indicates that the Islamist groups in the region are very hostile to Christianity and show this through violent acts. Northern Mali has witnessed violent attacks against Christians and churches – notably in 2012, during jihadist occupation. There have also been a series of abductions by jihadist groups, which kidnap Christian workers not only to finance operations through demanding ransoms, but also to deter Christians from working in the region. The Swiss missionary, Beatrice Stockly, kidnapped in Timbuktu in January, is still being held hostage by AQIM.

In neighbouring Niger, Islamists burned down more than 70 churches, as well as Christian homes, schools and orphanages, in a series of arson attacks in January 2015. 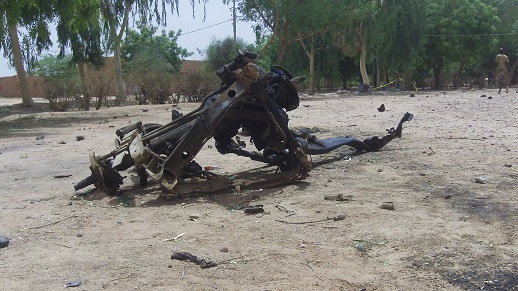 The remains of a car used in a suicide attack in Niger’s northern town of Agadez; May 2013World Watch Monitor

Islamist groups in the Sahel, like others elsewhere, don’t tolerate other Muslims who adhere to a version of Islam different from their own. Violence and terror is their preferred modus operandi. The report suggests that any further increase in their numbers and influence would add to the difficulties Christians are facing.

Even if these groups do not succeed in imposing Sharia and establishing Islamic “caliphates” at a national level, they will still contribute to the overall radicalisation of the population and the spread of an extremist and intolerant version of Islam, says the report. It says this has created an environment in which any Christian outreach ministry – not to mention the very existence of the Church itself – faces violent resistance.

The radical militancy of jihadist groups in the Sahel is also spilling over further south and giving rise to terrorist attacks in predominantly Christian parts of West Africa, notes the report. The attack on the Grand-Bassam resort in Ivory Coast (March 2016) has highlighted the vulnerability of these countries.

In the long-term, unless these groups are defeated, it is very likely that they will intensify their campaign of terrorism and violence in southern Nigeria and other West African countries which have thus far been relatively spared from terrorist activism, warns the report.

It concludes that the situation for Christians in the Sahel is precarious. It says the region is becoming a new major hotspot for Islamist groups, many of which have allied themselves to international terror franchises like IS and al-Qaeda. It is very important that the countries in the region strengthen their cooperation against these militant groups, says the report, adding that countries outside the region capable of providing assistance should also help.

In addition to robust and decisive military action, the report says it is also important not to adopt a purely one-dimensional approach. The socio-economic and political realities in the region, of which the militant groups take advantage, also need to be transformed, it says. It is only when these underlying realities are changed that Christians and non-Christians will be able to enjoy security and freedom in the region.