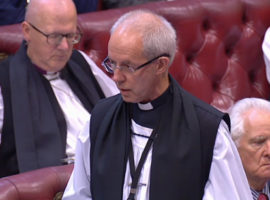 The Archbishop of Canterbury, Justin Welby, has challenged the British government on how much it is doing to help end violent attacks on Christians in Nigeria. His comments, made in a House of Lords debate on Fulani herdsmen and Boko Haram on Tuesday (17 July), follow the publication of a . . . Read More
June 29, 2018 Niger Abalak, Jeff Woodke, Kidnapping, Mahamadou Issoufou, Niger, Sahel

The wife of an American missionary abducted 20 months ago in Africa’s Sahel region has put out a new video pleading for his safe return. In the 4’10’’ footage released on Tuesday (26 June), in French, Els Woodke reiterated her despair and desire to be in touch with her husband’s . . . Read More
June 19, 2018 Ahlu Sunnah Wa-Jamâ, Cabo Delgado, East Africa, Mocimboa da Praia, Mozambique, Sahel Recent attacks attributed to Islamist militants in Mozambique have raised alarms over the emergence of a jihadist movement in the southern half of Africa – a section of the continent previously relatively untroubled by violent Islamist extremism. Little, if anything, was known about the group behind the attacks, in October . . . Read More
June 8, 2018 Burkina Faso Al-Qaeda in the Islamic Maghreb, Assemblies of God, Burkina Faso, Children, Djibo, Education, Fulani herdsmen, Islamic extremism, Ken Elliott, Kidnapping, Ouagadougou, Sahel, Soum, Tuareg A Christian pastor and three members of his family have been kidnapped in Burkina Faso’s north-eastern province of Soum, two weeks after the kidnapping of another Christian leader and his wife. Pierre Boena, a pastor with an Assembly of God church, was kidnapped during the evening of Sunday 3 June . . . Read More
May 16, 2018 Sudan Churches, Human rights, Religious freedom, Sahel, Sanctions, Sudan, Terrorism, UK, USA Rights groups have urged the United States to refrain from removing Sudan from its list of State Sponsors of Terrorism. “New circumstances have emerged in Sudan that make US efforts at full normalisation dramatically ill-timed,” said the Washington DC-based Enough Project in a recent report. The NGO, which focuses on . . . Read More