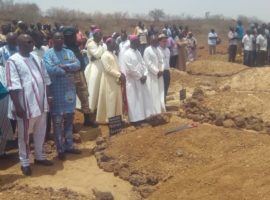 Violence against Christians in Africa “is exploding”, according to a senior church leader in the Central African Republic. In Nigeria, Burkina Faso and Mozambique there has been an increase in attacks on Christians, including church leaders and churches in recent weeks, said Cardinal Dieudonne Nzapalainga in an interview with the . . . Read More
September 25, 2018 Ahlu Sunnah Wa-Jamâ, Cabo Delgado, Islamic extremism, Mozambique Suspected jihadists killed 12 and injured 14 in an attack on a village in northern Mozambique last week, reports AFP. “Ten people killed were shot by firearms and two burnt [to death] after 55 houses were charred. A person was beheaded after being shot dead” in the village of Paqueue, . . . Read More
June 22, 2018 Ahlu Sunnah Wa-Jamâ, Al-Shabaab, Cabo Delgado, Islamic extremism, Maputo, Mocimboa da Praia, Mozambique 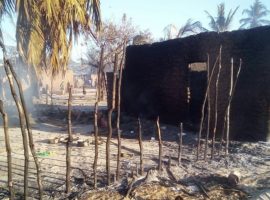 In Mozambique, details have emerged of the recent attacks carried out by a new Islamist militant group, Ahlu Sunnah Wa-Jamâ, in the northern province of Cabo Delgado. Until recently, little was known about the group known locally as ‘Al-Shabaab’, though there is no evidence to establish connections with the Somali . . . Read More
June 19, 2018 Ahlu Sunnah Wa-Jamâ, Cabo Delgado, East Africa, Mocimboa da Praia, Mozambique, Sahel

Recent attacks attributed to Islamist militants in Mozambique have raised alarms over the emergence of a jihadist movement in the southern half of Africa – a section of the continent previously relatively untroubled by violent Islamist extremism. Little, if anything, was known about the group behind the attacks, in October . . . Read More
October 26, 2017 Al-Shabaab, Cabo Delgado, Islamic extremism, Mocimboa da Praia, Mozambique, Saudi Arabia, Sufi, Sunni, Wahhabism