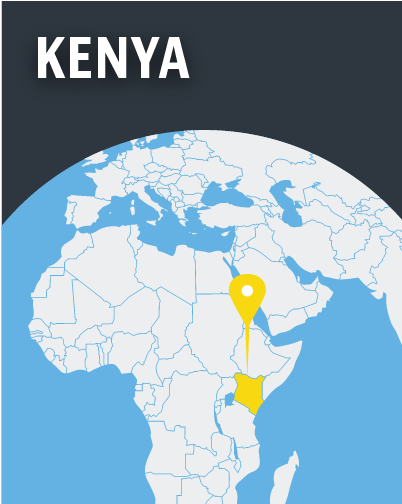 The suspected mastermind behind the Garissa University attack in April 2015, when , has been killed, according to Somalia’s security minister. The Kenyan government put up a $215,000 reward for Mohamed Kuno’s capture after the Garissa attack. He was reportedly killed during a raid in Somalia’s port city of Kismayo. […] 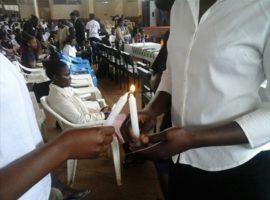 UPDATE (4 April) Memorial events were held in Kenya on Saturday (2 April), as Kenyans marked the anniversary of the day Al-Shabaab militants stormed the University campus in Garissa – in Kenya’s volatile east, near the Somalia border – and slaughtered 147* mostly Christian students. A tree-planting ceremony and procession took […]

Salah Farah took several bullets in December when he refused to obey gunmen who ordered him and all other Muslims off a bus in Kenya. He would not leave the Christians on the bus alone to be slaughtered. Nearly a month later, in a Nairobi hospital, Farah died of his wounds, […]

The Evangelical Alliance of Kenya has condemned government plans to make it tougher for religious bodies and clerics from all faiths to operate, going so far as to claim the move was aimed at stopping the growth of evangelical churches. However, it’s locally reported that a leading (unnamed) Anglican cleric […]

A journalist, who was profoundly affected when he reported from Kenya’s Garissa University College after 148 students died, has returned since to see if life can ever be the same for Garissa. The , from Garissa, describes how what he saw during the April 2015 attack by Al-Shabaab militant Islamists caused him […]

A Kenyan imam has been sentenced to 20 years in jail for radicalising children. Salim Mohamed Wabwire, who converted from Christianity to Islam, taught children that Christians should be killed, . However, Wabwire, a primary school teacher and imam at a village mosque near Mombasa, was not found guilty of […]

Kenya’s Garissa University has reopened nine months after a Somalian Islamist group attacked the campus and killed 148 students, . Many by the Al-Qaeda-linked Al-Shabaab gunmen in what was the deadliest attack on Kenyan soil since the US Embassy bombings in 1998. Police have established a post on the campus […]

Kenyan Muslims defended Christians during an attack by Islamist gunmen on a bus near the Somali border, the . A local governor told Kenyan media Muslims had told the attackers to “kill them together or leave them alone”. At least two people were killed in the attack, however, near the […]

Kenya has welcomed the return of 700 citizens who had joined Somalia’s Al-Shabaab militant group that has attacked churches, malls and government institutions, most notably Garissa University College where nearly 150 people — mostly Christian students — were killed last spring. The returning militants are said to be undergoing rehabilitation […]

Kenya’s Interior Minister has accused security officers of ignoring warnings about a potential attack before the Al-Shabaab assault on Garissa University College, which left 148 students dead. Joseph Nkaisserry told a parliamentary committee in Nairobi that the response to the attack was also poorly coordinated, reports the BBC. After the […]