An Eritrean priest has called on the international community not to close their eyes to the reality of what is happening in his country, reports the Catholic news site Agenzia Fides. While bilateral relations with countries in the region are improving, the harassment of religious groups at home continues, Fr. Mussie . . . Read More
July 20, 2018 Eritrea Asmara, Eritrea, Human rights, Prisons, Religious freedom 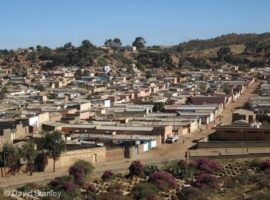 Eritrea released at least 35 Christians from prison earlier this week, reports the Eritrean news site Asmarino Independent. The prisoners, among them 11 women, were released on bail from Mai-Sirwa prison, just outside the capital Asmara. While five were able to leave on Tuesday (17 July), the remaining 30 were . . . Read More
June 20, 2018 Eritrea Asmara, Barentu, Eritrea, Prisons, Protestants, Religious freedom 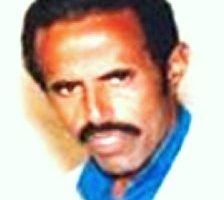 An Evangelical pastor in Eritrea has been released from the notorious Mitire Camp after 11 years of detention without charges, reports Voice of the Martyrs. No reasons have been given for the release of pastor Oqbamichel Haiminot, who was the leader of the Kale Hiwot, or “Word of Life”, church . . . Read More
March 28, 2018 Eritrea Asmara, Eritrea, Human rights, Religious freedom

Eritrean police have arrested 32 Christians in the capital, Asmara, this month, including a newlywed couple and ten of their guests. Twenty were arrested on Sunday, 25 March, all of whom remain in detention. The newly married man and two of his guests are being held in a prison north of . . . Read More
March 16, 2018 Eritrea Abune Antonios, Asmara, East Africa, Eritrea, Human rights, Pentecostals, Religious freedom 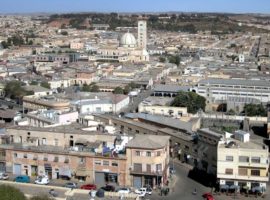 Eritrea’s human rights record was again in the spotlight at the UN Human Rights Council earlier this week. Kate Gilmore, Deputy High Commissioner for Human Rights, said in her opening remarks that over 100 people were arrested in Eritrea in 2017 for practising religions not officially recognised by the state. . . . Read More
January 19, 2018 Eritrea Asmara, Catholics, Eritrea, Mussie Zerai

Shiden* was young and full of optimism for the future when he was imprisoned for his Christian faith. For the next 13 years he was exposed to torture of different kinds, including months in a very small cell in solitary confinement, and even his eventual release failed to bring about . . . Read More
November 3, 2017 Eritrea Abune Antonios, Asmara, Catholics, Education, Eritrea, Pentecostals, Religious freedom 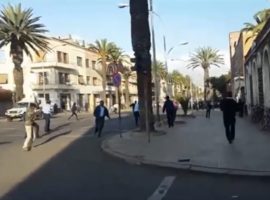 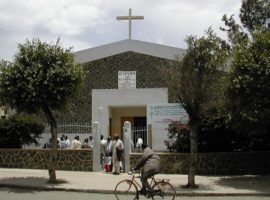 An Eritrean Christian mother of three has died at the desert camp where she and her husband had been held since May. They were two of an estimated 210 Christians rounded up in the past three months for belonging to non-sanctioned churches. Fikadu Debesay and her husband lived in the . . . Read More
July 21, 2017 Eritrea Abune Antonios, Asmara, Eritrea, Eritrean Orthodox Church 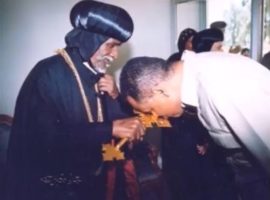 A brief public appearance from the Eritrean Orthodox Patriarch after ten years under house arrest has been dismissed as a “fig leaf” to cover over the regime’s “appalling human rights record”. Patriarch Abune Antonios participated in a Mass at St Mary’s Cathedral in the capital, Asmara, on Sunday (16 July), . . . Read More