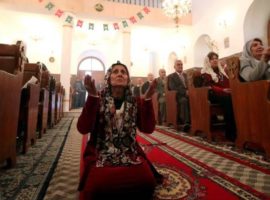 The remaining Christians in the southern Iraqi city of Basra are living in a climate of “deep fear and mistrust” of the Muslim majority, despite recent attempts to promote inter-religious harmony, according to Al-Monitor. In September, for instance, an Armenian organisation helped to erect a statue of the Virgin Mary, . . . Read More
November 9, 2017 Iraq Basra, Chaldeans, Children, Iraq 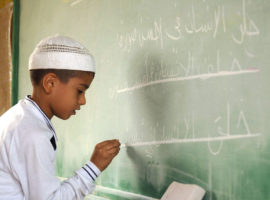 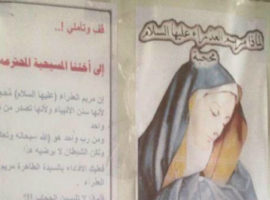 The offensive poster is aimed squarely at Christian women   The few Christians still holding out in Baghdad have found themselves on the receiving end of another barrage of intimidation. Posters appeared on the morning of 13 Dec. – a Sunday – near Christian places of worship with a message . . . Read More
September 17, 2014 Iraq Assyrians, Baghdad, Basra, Fallujah, Islamic State, Mosul, Nineveh Plains, Peshmerga, Saddam Hussein, Tel Kaif 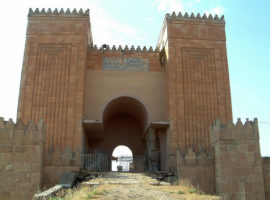 An ancient Nineveh gate, east of Mosul.James Gordon / Flickr / Creative Commons   The militant Islamist rampage across Iraq has intensified calls for a Christian “safe zone,” even as it has made the task of achieving it more difficult. The jihadists, who call their movement the “Islamic State,” have . . . Read More