Rimsha Masih and her family will remain in Pakistan after her legal ordeal is over, one of her lawyers says. The teen-aged Pakistani girl, whose arrest in August on suspicion of desecrating Islamic texts, is due to appear in an Islamabad juvenile court Oct. 17. Originally charged in regular court . . . Read More
September 7, 2012 Pakistan Asia Bibi, Blasphemy, Children, Islamabad, Mumtaz Qadri, Paul Bhatti, Prophet Muhammad, Punjab, Quran, Rimsha Masih, Salmaan Taseer, Shahbaz Bhatti, Women 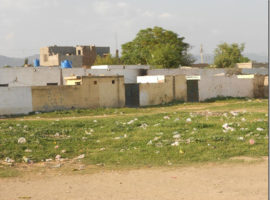 Confident on Wednesday of Rimsha Masih’s release, her lawyer was apprehensive Thursday after a prosecutor hinted strongly at the likelihood of violence if she is freed. “This girl is guilty,” said Rao Abdur Raheem, a lawyer for the man who has accused the girl of blasphemy against Islam. “If the . . . Read More
August 30, 2012 Pakistan Blasphemy, Children, Islamabad, Pakistan, Punjab, Quran, Rimsha Masih, Women

Rimsha Masih is likely to be cleared of the blasphemy charge against her, but never will be able to return home, her lawyer says. Tahir Naveed Chaudhry, who has taken up the defense of the young Christian girl whose case has renewed international debate about Pakistan’s notorious anti-blasphemy laws, said . . . Read More
August 21, 2012 Pakistan Blasphemy, Children, Islamabad, Pakistan, Religious freedom, Rimsha Masih

Can a girl reported to be as young as 11 commit blasphemy? And in Pakistan, where blasphemy is punishable by death, should the law even apply? Last week’s arrest of Rimsha Masih, a girl reported to have Down’s Syndrome, is re-igniting Pakistan’s national debate about religious freedom. News of the . . . Read More
May 17, 2012 Ethiopia Addis Ababa, Children, Ethiopia 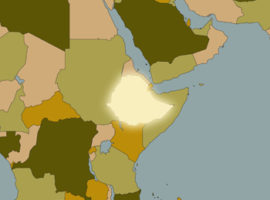 His wife died shortly before he was falsely accused of desecrating the Quran, and by the time he was released from prison in southern Ethiopia, his two children, ages 6 and 15, were missing. Tamirat Woldegorgis walked out of prison in Jijiga on April 25, limping, after spending nearly two . . . Read More