The only Christian family in their area were beaten and saw their house set on fire last week in a city in Pakistan’s Punjab province. Then they were told they will be killed if they return. The family – an elderly couple with their four sons, daughters-in-law and 11 grandchildren . . . Read More
April 20, 2018 Pakistan Education, Faisalabad, Islamabad, Minorities, Pakistan, Punjab, Rawalpindi, Religious freedom, Sharoon Masih, Vehari 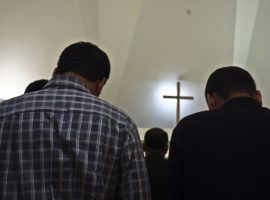 For the first time ever, an Islamic university in Pakistan has opened a Christian chapel. The church of St. Mary is located in the atrium of the Agriculture University of Faisalabad, Pakistan’s third-most populous city, and was built following an initiative of the city’s former vicar general, reports AsiaNews. The church contributed . . . Read More
February 16, 2018 Pakistan Asia Bibi, Balochistan, Blasphemy, Education, Europe, Islamic extremism, Pakistan, Punjab, Rawalpindi, Sweepers 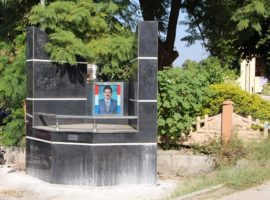 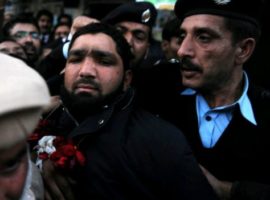 The publication of Charlie Hebdo’s ‘memorial edition’, with its depiction of the Prophet Muhammad crying, sparked – in one or two countries – a violent backlash against Westerners in general and Christians in particular. It was notable in Niger, where 70 churches were destroyed, Algeria where police and protestors clashed, . . . Read More
July 19, 2014 Pakistan Blasphemy, Faisalabad, Paul Bhatti, Rawalpindi, Shahbaz Bhatti, Taliban A man charged with killing Pakistan’s former Minorities Minister Shahbaz Bhatti, a Christian, in March 2011 has been released on bail of about $10,000 by a Pakistani court. Umar Abdullah was released July 11 after being arrested in September 2013. He has been accused of having ties with Al-Qaeda and . . . Read More
April 8, 2014 Pakistan Blasphemy, Gojra, Islamic extremism, Joseph Colony, Rawalpindi, Sawan Masih 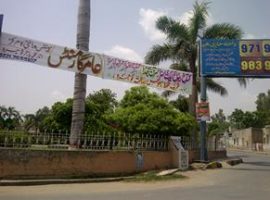 Shaguftah Emmanuel, left, and her husband, Shafqat, in separate and undated photos.Contributed photos   A Pakistani court has sentenced to death a Catholic couple convicted of blasphemy for insulting the Prophet Mohammed and the Qur’an. The sentence came a week after Sawan Masih, another Christian, was sentenced to death on . . . Read More
December 23, 2013 Pakistan All Saints Church, Blasphemy, Joseph Colony, Lashkar-e-Jhangvi, Muhammad Zia-ul-Haq, Peshawar, Rawalpindi, Taliban 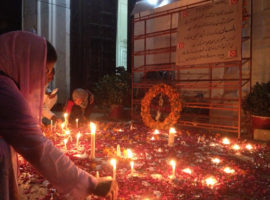 Memorials for the victims of the bomb attacks at All Saints Church in Peshawar.Kamran Chaudhry for World Watch Monitor   The decorations have been put up, carol services have begun and small celebrations are being planned, but the festive spirit is marred by anxiousness and insecurity among Pakistan’s small Christian . . . Read More