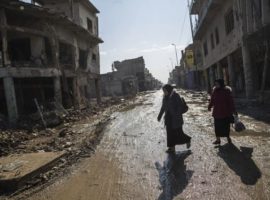 The Islamic State’s three-year occupation of the northern Iraqi city of Mosul and its surrounding villages ended nearly two years ago, yet the city and its diminished number of Christian residents remain vulnerable.   Last month the Iraqi government announced it would arm residents of 50 villages around Mosul, Iraq’s second-largest city, . . . Read More