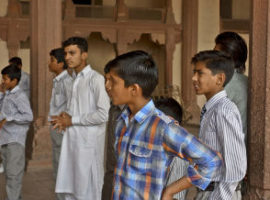 Note: This report has been updated to include remarks made at the USCIRF announcement 12 April in Washington, D.C. The news Textbooks in Pakistan’s public schools have become more antagonistic toward Christians and other religious minorities in the past five years, a new report says. “The trend toward a more biased . . . Read More
June 11, 2015 Pakistan Blasphemy, Pakistan, Prophet Muhammad, Quran, Sindh 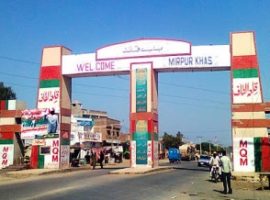 Twenty-year-old Yaqoob Bashir Masih was accused of desecrating the Quran in Mirpur Khas in Sindh province on June 4, even though he has been treated for his mental health, according to a Catholic priest. After Bashir (a Christian, known locally as ‘Kaka’) is said to have told a crowd who threatened . . . Read More
March 7, 2012 Pakistan Islamic extremism, Karachi, Kidnapping, Pakistan, Proselytism, Sindh, Taliban

Authorities do not know who abducted two Christian hospital employees in Karachi last week, but police sources said they suspected the kidnappers had links with banned terrorist organisations. There is a strong possibility that Islamic extremists took the two workers of South Korea-based Good Samaritan Hospital, Issac Samson and Indrias . . . Read More