The family is the source of greatest pressure for Christians in Algeria, most of whom are converts from Muslim backgrounds. Pressure also comes from the law. A 2006 law, forbidding public assembly for purposes of practising a faith other than Islam, has created a more restrictive environment for Christians. This affects most Christian places of worship, except for Catholic churches and one Protestant church. In addition, Islamist movements such as Al-Qaeda in the Islamic Maghreb are increasingly making their presence felt. 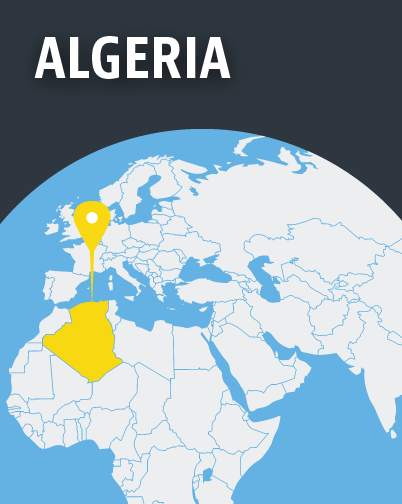 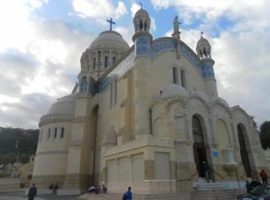 Churches in Algeria are facing intimidation and harassment, despite constitutional provisions guaranteeing freedom of worship in the country. On Sunday 24 April, 2016, a church in Mâatkas, in the north-eastern region of Kabylie, was ordered to cease all religious activities on the grounds that it was in breach of a […]

Notre Dame d’Afrique basilica in AlgiersWorld Watch Monitor   The assassination of a French tourist by militants in Algeria has raised the fear of new terrorist attacks in the country. Hervé Gourdel, 55, was beheaded on September 24 by a radical Islamist group, ‘Soldiers of the Caliphate’ linked to Islamic […]

In the name of all beliefs’ – a flyer for rallies this week in Algeria.World Watch Monitor   In about 50 countries across the world, some 1.6 billion Muslims have begun fasting from sunrise to sunset for the 30 days of Ramadan. It occurs every year during the ninth month […] On the occasion of the 100th birthday of the church St. Augustine of Hippo in Algeria, Pope Francis is calling for better relations between Christians and Muslims in a country where Islamic extremism is a primary source of pressure on Christian life. Pope Francis encourages the Christians, a minority in […] 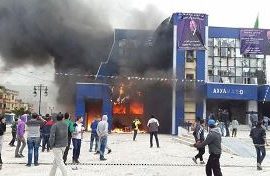 A small group of protesters pre-empts a rally planned for Algerian President Abdelaziz Bouteflika on April 5 in Bejaia.Special to World Watch Monitor   The so-called Arab Spring has seen the overthrow of several Presidents across North Africa: first in Tunisia, then Mubarak in Egypt, followed by Gaddafi in Libya […] 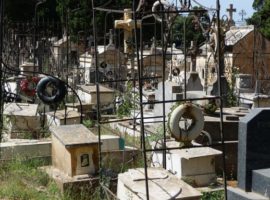 A Christian family in Algeria has been refused permission to bury their son in the local public cemetery because he was not a Muslim. “The leaders of the mosque demanded that I would have to follow Islamic burial rites if I was to bury my son in the cemetery,” said […] 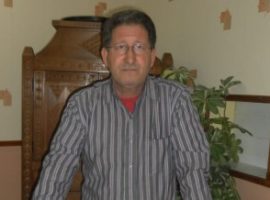 A number of churches, as well as foreign NGOs, in Algeria have called for the abolishment of a new law, which they say will hamper their work. Under the law, which will come into effect on Sunday (January 12), NGOs may be dissolved or suspended if their business is deemed […] 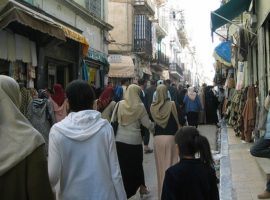 The pastor of a church in southern Algeria has reported the details of a fresh attack on his church – the third of its kind – which he says proves that some Algerians are against the presence of churches in their country. The pastor, who wishes to remain nameless, said […]

An Algerian Christian has been arrested, his home searched and his computer seized, without explanation, according to the Protestant Church of Algeria. The man, identified by the name Sofiane, was riding in a taxi Aug. 23 when he was stopped at a military checkpoint near Biskra, about 500 kilometres south […] 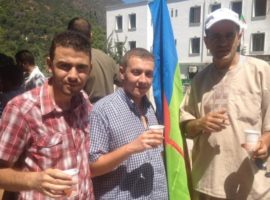 A march of protest followed the the picnic in Aokas, near Béjaïa. The sign translates: ‘Stop Salafists and Wahabites’, two Islamist groups.World Watch Monitor   Around 200 people ate together at a public lunch in the city of Tizi Ouzou on Saturday (Aug 3) to protest against the “persecution of […]