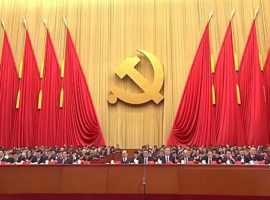 China’s Communist Party has disbanded its Religious Affairs Bureau to bring religion under the control of the party’s Central Committee, in what some observers see as a further tightening of the belt. The State Administration of Religious Affairs (SARA) is to be absorbed by the United Front Work Department, an . . . Read More
September 8, 2017 China Children, China, Communism, Fujian, Henan, Inner Mongolia, Jiangsu, Three-Self Patriotic Movement, Wenzhou, Zhejiang 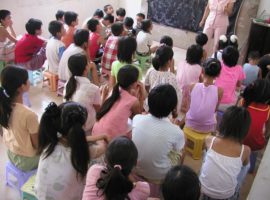 Unofficial estimates say that there are close to 100 million Christians in China, more than are members of its Communist Party, due to hold its 19th five-yearly National Congress in mid-October. But in several provinces, children were banned from attending Christian camps over the summer holidays while notices were issued . . . Read More
June 30, 2017 China Henan, Nanle, Zhang Shaojie 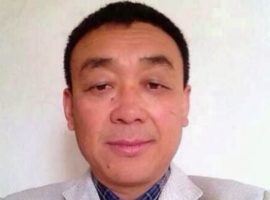 A popular Chinese pastor serving a 12-year jail sentence has been tortured in prison and is reportedly close to death. Pastor Zhang Shaojie of Nanle County Church in Henan Province is “barely alive”, according to his daughter, Esther Zhang Huixin. She told the US-based rights charity China Aid he is . . . Read More
April 28, 2016 China China, Henan
Less than two weeks after a pastor’s wife was killed in a government authorised church demolition in China’s central Henan province, the and its pastor for use as a religious site. A task force made up of the township government, the local ministry of land and resources, and a village administrative . . . Read More
April 19, 2016 China China, Crosses, Henan, House churches, Zhejiang
The wife of a church leader in China’s central Henan province was killed by being buried alive when she tried to prevent the destruction of her husband’s house-church, . Ding Cuimei and her husband, Li Jiangong, stepped in front of a bulldozer as it began to destroy Beitou church on . . . Read More
January 6, 2014 China China, Henan, Nanle
A number of Christians from Nanle County Church in Henan Province, China, have been released after almost two months in custody, although 13 are still being detained. Twenty-four church members were arrested in mid-November, including five church leaders, after a dispute over a piece of land on which the group . . . Read More
December 23, 2013 China China, Henan, Nanle, Zhang Shaojie
Several more members of Nanle County Church in Henan Province in China have been arrested, China Aid reports. Those reportedly detained include the youngest daughter of Pastor Zhang Shaojie, who was himself one of the 24 church members arrested last month. Seven of the 24 were reportedly released, but the . . . Read More
December 20, 2013 China Henan, Nanle, Three-Self Patriotic Movement, Zhang Shaojie 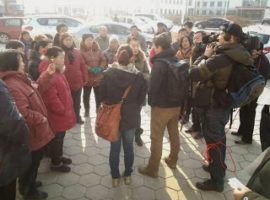 Lawyers took shelter in a nearby office, using furniture to barricade the door from the mob outside.China Aid Association   An attack on lawyers hired to defend 17 detained Christians in central China, shown around the world on Sky TV, has drawn attention to a case which may not be . . . Read More
December 13, 2013 China China, Henan, Nanle
Fifteen lawyers who have been prevented from seeing their clients – a group of 24 Chinese Christians arrested in Henan Province earlier this month – have started a hunger strike outside the Nanle County Public Security Bureau. China Aid reports that of the 24 Christians detained, seven have been released, . . . Read More
December 3, 2013 China Beijing, Henan, Nanle, Three-Self Patriotic Movement, Zhang Shaojie 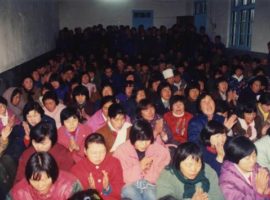 House church’ in Henan province, pictured in late 1980s/early 1990s.Open Doors International   A church in eastern China has written a letter to the Chinese government, demanding permission to stage a protest against the detention of 23 members of its congregation. The Nanle County Church in Puyang, Henan province, which . . . Read More