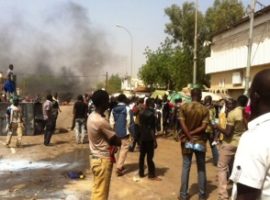 Mixed emotions were evident as members of the Christian community in Niger gathered for their services on Sunday, 25 January, 2015. Some were full of joy to get back to church; others could barely hide their sorrow. A week ago, the church bells remained silent. Ten people died during that . . . Read More
January 20, 2015 Niger Agadez, Charlie Hebdo, Churches, Islamic extremism, Mahamadou Issoufou, Maradi, Niamey, Niger, Zinder 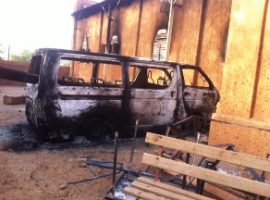 The Christian community in Niger says it is in shock in the wake of weekend violence that has claimed the lives of ten people and led to the destruction of dozens of places of worship and Christian homes. The protest, which started in the country’s second city, Zinder, on Friday . . . Read More
January 15, 2015 Niger Boko Haram, Charlie Hebdo, Mahamadou Issoufou, Maradi, MUJAO, Niger, West Africa, Zinder 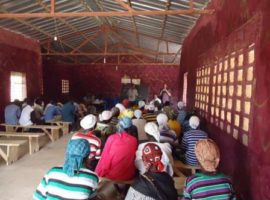 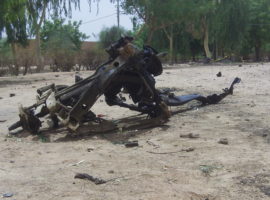 The remains of the car used in the May 23 suicide attack in Agadez.World Watch Monitor   Four attacks within the last three weeks in Niger have raised the spectre of a growing Islamist threat in the country. In the latest attack on Tuesday (June 11), unidentified armed men attacked . . . Read More