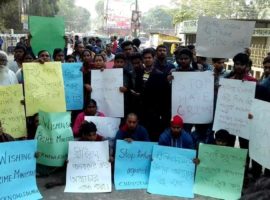 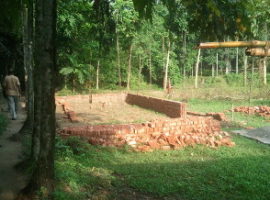 A vigilante committee has been formed in central Bangladesh to stop Christian activities in the local community, two months after the construction of a local church was halted. The committee is made up of political leaders, Muslim elders and an elected local government official. In September, the government official ordered . . . Read More
October 3, 2013 Bangladesh Apostasy, Awami League, Churches, Converts, Islamic extremism, Sheikh Hasina, Tangail

Construction of Tangail Evangelical Holiness Church, in Bilbathuagani village, was halted by local officials.World Watch Monitor   A local government official in central Bangladesh has halted the construction of a church, forced Christians to worship at a mosque and threatened them with eviction from their village unless they renounce their . . . Read More