As Pakistan prepares for elections later this month, the country’s minorities – particularly its Christians – have expressed dismay at their lack of representation among the candidates. Among the thousands of candidates contesting hundreds of provincial and national constituencies across the country, not a single Christian is nominated by any . . . Read More
March 19, 2018 Pakistan Islamic extremism, Joseph Colony, Lahore, Pakistan, Taliban, Youhanabad 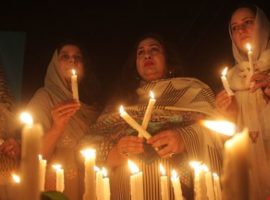 Hundreds attended a commemoration service on Thursday, 15 March, for those killed and injured in the 2015 Easter suicide attacks on two churches in Youhanabad – the main Christian district in Lahore, Pakistan. The twin suicide bombings, which killed 17 and injured another 80, were claimed by a splinter group . . . Read More
May 31, 2017 Pakistan Lahore, Punjab, Youhanabad

The Pakistani prosecutor who allegedly offered to release Christians in the Youhanabad lynching trial if they converted to Islam has been found guilty of proselytising, reports Dawn. Syed Anees Shah, the deputy district public prosecutor (DDPP), was suspended when the allegation came to light during a hearing in March 2017, . . . Read More
May 10, 2017 Pakistan Islamic State, Khyber Pakhtunkhwa, Lahore, Mardan, Multan, Pakistan, Youhanabad 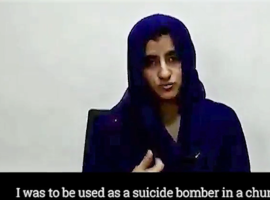 Pakistani Christians have expressed dismay at a decision by the authorities to quietly release a woman who was planning to carry out a suicide bomb attack in a church in the city of Lahore over the Easter weekend. Pakistan’s army chief spokesman, Major-General Asif Ghafoor, said that Noreen Leghari, 19, . . . Read More
April 18, 2017 Pakistan Easter, Islamic State, Jamaat-ul-Ahrar, Lahore, Peshawar, Taliban, Youhanabad Pakistan’s security forces say they prevented a “major” terror attack on Christians in Lahore over the Easter weekend. The city of Lahore, in Pakistan’s Punjab province, was the scene of a deadly suicide bomb attack on Easter Day last year, when 75 people were killed and 340 injured. A splinter . . . Read More
April 4, 2017 Pakistan Converts, Lahore, Youhanabad The father of one of 42 Pakistanis – who are on trial for lynching two men they suspected of the double bombing of neighbouring churches in March 2015 – has confirmed that the public prosecutor offered to acquit all the suspects if they were to convert to Islam. Two churches . . . Read More
March 28, 2016 Pakistan Easter, Jamaat-ul-Ahrar, Lahore, Pakistan, Taliban, Youhanabad
A bomber killed at least 72 people and injured at last 300 more on Easter Sunday in Lahore, Pakistan. The bomber struck in the Gulshan-i-Iqbal park, which was unusually crowded with families celebrating Easter. “[T]he terrorist hit a very soft target of women and children,” Deputy Inspector General of Operations . . . Read More
November 2, 2015 Pakistan Caste, Constitution, Dalits, Pakistan, Sweepers, Youhanabad 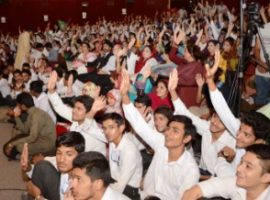 A program organised by Bargad, Pakistan’s biggest NGO for youth development, is attempting to tackle the social stigma Christians face from the word used in the Constitution for them. The Urdu “Isai” (derived from “Isa“, the Arabic word for “Jesus” used in the Qur’an) now carries strong overtones – from . . . Read More
June 2, 2015 Pakistan Blasphemy, Lahore, Pakistan, Pakistan Muslim League, Youhanabad 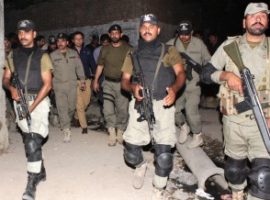 It was a familiar scene: hundreds of angry people in the dense urban streets of a big Pakistan city, whipped up by rumors that someone had defiled a Holy Quran. Pounding on doors. Throwing rocks. Demanding blood. This time, however, something unusual appeared in the Sandha sector of Lahore, Pakistan’s . . . Read More